The first Leadwerks Winter Games tournament has begun!   How to Enter Submit your playable game to the Leadwerks Games Catalog, before January 15th. You can use any Christmas or non-Christmas related ideas. You can work together in teams or on your own. On the day of January 15th, a review of submitted games will be posted. Prizes Rather than a competition, this tournament is a "co-opetition". The community is encouraged to help one another make fun playable games. Everyone who participat

Leadwerks Engine 2.3 has been released. This major update includes a new editor, Lua script integration, forest rendering, roads, and more.   Lua Script Integration: Write object scripts and write your game in any programming language, or you can write your entire game in Lua.   New Editor: Leadwerks Editor is our new tool for creating enormous terrains, placing objects, and creating worlds. You can even edit scripts and see the results instantly.   Forest Rendering: An advanced new r

Leadwerks Software has released version 2.5 of their game development software Leadwerks Engine, featuring enhanced graphics and support for the Microsoft .NET application framework. Josh, CEO of Leadwerks said, “.NET support fits in with our goal of making game development simple and more approachable for programmers. We have an energetic community of coders who have been requesting .NET support for some time, and we’re happy to deliver that in Leadwerks Engine 2.5 along with enhancements to ou

Now that you've had time to get acquainted with Leadwerks, it's time for the Summer 2016 Game Tournament.   WHEN: The tournament will start Monday, July 25, and end Sunday, August 21th at 11:59 P.M. (Pacific Standard Time).   HOW TO PARTICIPATE: Publish your summer-or-other-themed game to Steam Workshop or upload it to the games database before the deadline. You can work as a team or individually. Use blogs to share your work and get feedback as you build your game. If you need models for

This tutorial demonstrates how to create a high-quality skybox for Leadwerks Game Engine using Vue. Download Cloudy Blue Skies.zip FixVueCubemap.zip Required Third-Party Programs Vue Esprit Exporter Module Loading the Example Run Vue and select the File > Open menu item.  Extract the zip file above and open the file "Cloudy Blue Skies.vue". Atmosphere and Clouds You can modify the appearance of the sky with the Atmosphere Edito

The results of the Leadwerks Winter Games Tournament are in! I think you will agree, this tournament produced some very fun playable games. You can download all of these games and more in the Leadwerks Games Listing. Each author will receive a Leadwerks sticker via mail (Gonan gets a Leadwerks T-Shirt since this is his second entry.)   So without further ado, let's look at the games, in no particular order:   Crime Closer By nick.ace Catch the crooks before they get away!     Next

A new easy-to-use networking system is coming soon to Leadwerks Game Engine.  Built on the Enet library, Leadwerks networking provides a fast and easy way to quickly set up multiplayer games.  Each computer in the game is either a server or a client.  The server hosts the game and clients can join and leave the game at will.  On the other hand, when the server leaves the game, the game is over! Creating a Client You can soon create a client with one command in Leadwerks: clien

Leadwerks Game Engine 3.6 is now available on Steam. This free update brings an array of new features along with the release of Leadwerks Game Launcher. New Features Deferred DecalsLeadwerks now supports decals using an advanced deferred rendering technique. Decals are useful both for bullet marks and character blood, and as a decoration tool for adding detail to maps. Leadwerks decals even work with animated characters, so you can show damage when enemies are hit.     Terrain Vertic

Leadwerks 3.3 is now available. This update adds usability improvements and a few new features.   Two new entity classes that extend the model class are present. Sprites are a quad that can face the camera, a specific direction, or can rotate around one axis. These are useful for lighting effects and the axis rotation is great for making laser beams or tracer rounds.   The Lensflare class extends the sprite class and adds a simple glow effect for lighting.   The editor now support shift

Leadwerks Engine SDK 2.31 is now available. A new SDK installer in the download area allows you to download different versions of the SDK. You must have an activated Leadwerks account to download the new SDK installer.   New features include lighting optimizations for point and spot lights. You can read about this feature in detail here. Another new feature is character controller crouching behavior. Note that the origin of character controllers has been moved to the very bottom of the co

Leadwerks has added new features that allow users to take advantage of Steam features. Steamworks Integration Leadwerks now has native support for the Steamworks SDK. You can make your game ready to publish on Steam by calling Steamworks:Initialize(). This also enables the in-game overlay so you can take screenshots, chat with friends, and access the entire Steam community in-game. Screenshot Publishing The new screenshot publishing window allows you to upload rendered images directly to

Leadwerks Software today announced the release of version 4.4 of their topselling game engine on Steam.  This version adds a new GUI system, support for inverse kinematics, and enhanced visuals.  The free update goes out today to over 20,000 paid users on Steam. Leadwerks Game Engine 4.4 sees the introduction of Leadwerks GUI, a system for creating resolution-independent in-game menus.  Custom GUI elements can be created with Lua script, or an item can be selected from a number of pre-built

Today, Leadwerks Software announces the release of Leadwerks Game Engine 3.4, introducing many new features that help make Leadwerks Game Engine the easiest way to build royalty-free 3D games. With today’s free update on Steam, developers will have access to an all-new vehicle command set for building interactive cars and trucks with a physically realistic transmission model. Built-in water settings have been added in the editor to provide life-like water with the click of a button. Leadwerks

Leadwerks Game Engine 5 is a restructuring of Leadwerks Game Engine 4 to adapt to the demands of virtual reality and leverage the full capabilities of modern and future hardware. Basically, the main idea with VR is that if you don't maintain a steady 90 FPS in virtual reality, you will throw up.  Nausea may be the worst physiological feeling you can experience.  In fact, nausea has been rated by cancer patients as worse than pain.  Being sensitive to motion sickness myself, this is a proble 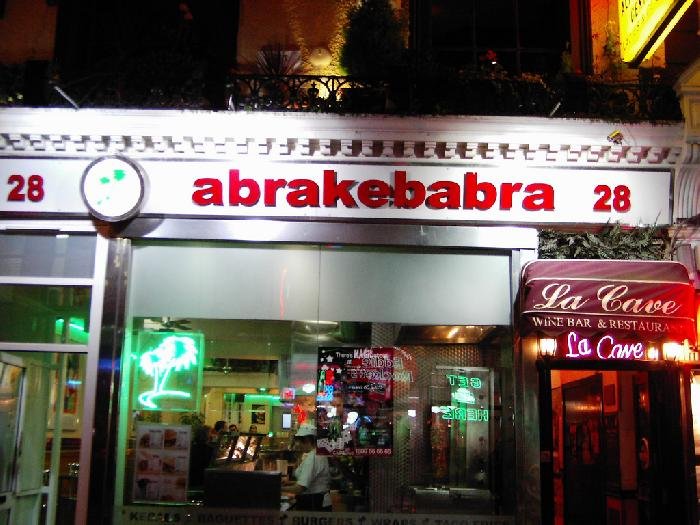 With the Summer Games 2016 Tournament completed, it's time to review the entries. This tournament brought a new level of quality, with several small games that could be considered Greenlight-ready, made in just four weeks!     Sound Game http://www.leadwerks.com/werkspace/page/viewitem?fileid=732192584   Test your spatial reasoning skills in this unique and challenging game. Navigate with your map and lit up clues to get to the end of the maze.     Soundscape http://www.leadw

Leadwerks Game Engine on Steam has been updated with bug fixes and a host of new features that are now out of beta. Crowdsourcing Post-Processing Effects Although Leadwerks 2 featured an extensive set of post-processing effects, they were all hard-coded into the engine. This limited the ease with which new effects could be added, and caused all Leadwerks screenshots to look similar. In Leadwerks 3 we decided to implement a post-processing stack of shaders. You can attach post-processing ef

A beta build of version 4.5 is now available on the beta branch on Steam.  This updates the engine to the latest Newton 3.14.  Versions 4.5 and 5 beta are now compiling side-by-side with the same source code.  Because of major engine changes in version 5, some bugs may need to be resolved before the final release.  Some preliminary information on updating C++ projects can be found in this thread. Version 4.5 is planned to include official support for VR (both Vive and Oculus) and a new impr

Leadwerks Software announced today the release of Leadwerks 3, their new development platform for building mobile games with native code. Based on the technology developed for their successful game engine for PC, Leadwerks 3 brings a totally new approach to mobile game development.   While environments such as Unity and MonoDevelop use managed code...that is, code that is designed to be easily run on multiple devices...Leadwerks uses an approach called native code. Applications built with na 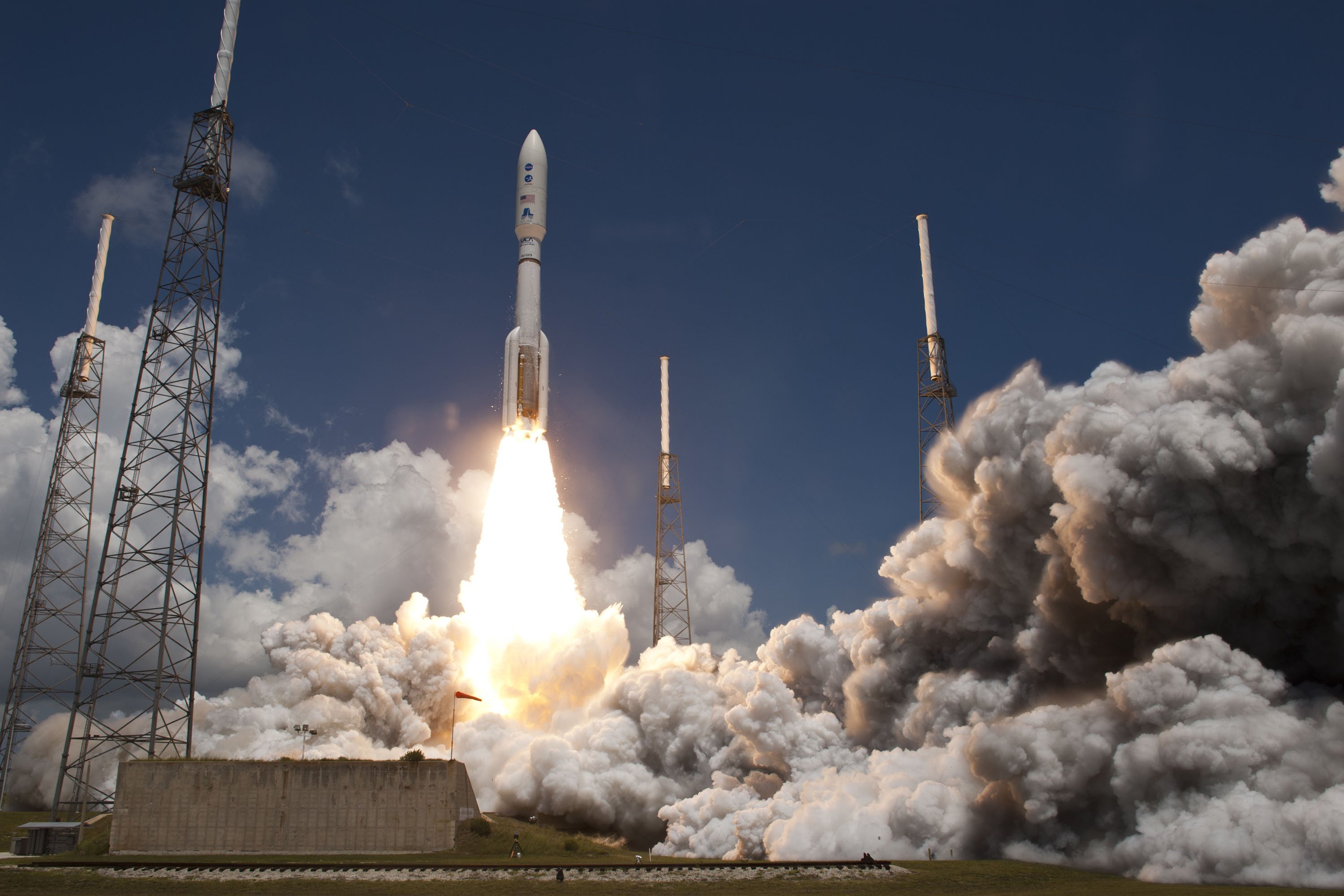 Lighting enhancements and fixes in Leadwerks 3

After a wild week at GDC 2013, it's nice to be back doing what I do best...writing code!   A new build of Leadwerks 3 is now available. We've added light vector maps so that lightmapped surfaces can display normal mapping effects. Lightmapped materials with normal maps should use the texture "Common/lightvectormap.tex" in slot 4. (If you create a new lightmapped material, this will be done automatically.)   This technique works by calculating the average light vector that influences eac

Leadwerks Game Engine 3.5 is now available on Steam. Along with version 3.5, we're rolling out a new tutorials to teach you everything you need to make games. A step-by-step series of lessons teaches how to use the editor, write Lua scripts, and create gameplay. No preexisting knowledge is required. Read the new material here.   A new project templates system has been added. This provides different game types you can choose from to create a basic playable game in a few seconds. We're lau

Winter has descended upon the land, and with it comes the frost. The nights are long and the days are cold and grey. How long it shall last we do not know. But we do know it is time for another Leadwerks game tournament!     WHEN: The tournament will start Monday, January 18, and end Sunday, February 21th at 11:59 P.M. (Pacific Standard Time).   HOW TO PARTICIPATE: Publish your winter-or-other-themed game to Steam Workshop or upload it to the games database before the deadline. You can