Following completion of a successful Kickstarter campaign to bring Leadwerks’ game development software to Linux, Leadwerks and Canonical have joined forces to make Leadwerks Game Engine available in the Ubuntu Software Center. This provides Ubuntu users with a powerful tool for rapid game development.   Bringing Leadwerks Game Engine to Ubuntu also means that existing games can be more easily deployed for Ubuntu. The lineup of featured games on the Leadwerks website covers a diverse range o

Following completion of their successful Kickstarter campaign to bring Leadwerks’ game development software to Linux, Leadwerks has announced the release of Leadwerks Game Engine for Linux on the Steam distribution platform. This provides Linux users with a powerful tool to easily create their own 3D games.   Over the last year, Leadwerks has focused on desktop Linux as a platform for creating and playing games. For many users, Leadwerks provides the last missing application they need to mov

A demo version of Leadwerks Game Engine has been released on Steam. If you've got a Steam account, you can now try the easiest way to make your own 3D games, free for fourteen days. Try out the sample maps that teach gameplay concepts, import some of your own artwork, or just play around with the editor and learning materials.     The full version of Leadwerks enables access to the Leadwerks Workshop, where you can download more than 70 items, including models, sounds, texture packs, and

Leadwerks 5 is going to be developed alongside 4.5 with an extended period of beta testing and feedback.  My goal is to build the world's most advanced game design software, tailored to the needs of our community and clients.  Development will first focus on a new programming API updated for C++11 and then a completely new editor using Leadwerks GUI and based on the workflow developed with our current editor. The first beta will support the following features right away: Shared Point

I'm happy to announce the very first alpha release of Leadwerks 5 is now available. What's New String commands now accept a unicode overload. Add "L" in front of a string to create a wide string in C++. Now using smart pointers. Simply set a variable to nullptr to delete an object. There is no Release() or AddRef() function. Exclusively 64-bit! Global states are gone. There is no "current" world or context. Instead, the object you want is passed into any function 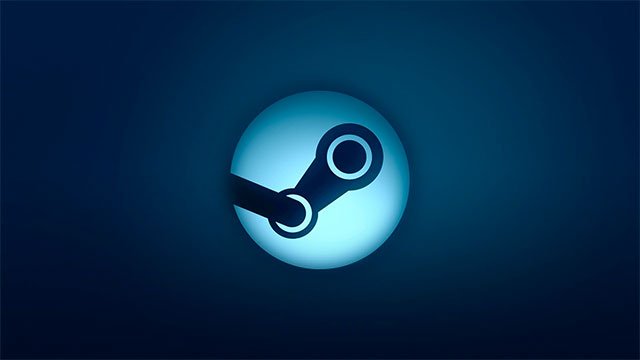 Today we are pleased to announce the release of Leadwerks Game Engine 4.5. Version 4.5 introduces support for VR headsets including the HTC Vive, Oculus Rift, and all OSVR-based hardware, allowing developers to create both room-scale and seated VR experiences. The Leadwerks virtual reality command set is robust yet incredibly simple allowing you to easily convert your existing 3D games into VR titles. To help get you started the source code for our Asteroids3D game has been updated for VR a

Leadwerks Software today announced the release of version 4.4 of their topselling game engine on Steam.  This version adds a new GUI system, support for inverse kinematics, and enhanced visuals.  The free update goes out today to over 20,000 paid users on Steam. Leadwerks Game Engine 4.4 sees the introduction of Leadwerks GUI, a system for creating resolution-independent in-game menus.  Custom GUI elements can be created with Lua script, or an item can be selected from a number of pre-built

Leadwerks Game Engine 4.4 beta is now available on the beta branch on Steam. This adds support for virtual reality with the OpenVR library. OpenVR supports both the HTC Vive and the Oculus Rift headsets.     To enable VR mode in your Leadwerks game, simply call the command below. If a VR headset is detected and initialized, this function will return true: VR:Enable()   Any cameras not attached to a rendering target will render directly to the headset views. Both eyes will be rend

Leadwerks Game Engine 4.2 is now available on Steam. This update adds new features to make game development easier than ever. The free update goes out today to over 10,000 paid users on Steam.   Version 4.2 integrates analytics into Leadwerks games with a free gameanalytics.com account. This allows developers to view statistics on player behavior and identify any trouble spots their game might have as players progress through levels. By viewing a summary of all player behavior, developers

Leadwerks Game Engine 4.1 is now available on Steam. This release cranks up the already legendary Leadwerks visuals to new levels of awesome.   Environment Probes The new environment probe entities can be used to add global illumination and reflections to any scene.  Volumetric Lighting Each light in Leadwerks can now display an adjustable volumetric effect using a ray-marching technique to give your game dramatic visuals.  Enhanced Post-Processing Effects Leadwerks 4.1 includes

A preview build of Leadwerks Game Engine 4 is now available on the default branch on Steam, with a new vegetation management system and other features.   We completely rethought how large-scale scene management should work to bring you a one-of-a-kind vegetation system for handling massive amounts of foliage. Instead of storing each instance in memory, our new system uses a distribution algorithm to dynamically calculate all relevant instances each frame for rendering and physics. This allows

Leadwerks Game Engine 3.6 is now available on Steam. This free update brings an array of new features along with the release of Leadwerks Game Launcher. New Features Deferred DecalsLeadwerks now supports decals using an advanced deferred rendering technique. Decals are useful both for bullet marks and character blood, and as a decoration tool for adding detail to maps. Leadwerks decals even work with animated characters, so you can show damage when enemies are hit.     Terrain Vertic

Leadwerks Game Engine 3.5 is now available on Steam. Along with version 3.5, we're rolling out a new tutorials to teach you everything you need to make games. A step-by-step series of lessons teaches how to use the editor, write Lua scripts, and create gameplay. No preexisting knowledge is required. Read the new material here.   A new project templates system has been added. This provides different game types you can choose from to create a basic playable game in a few seconds. We're lau

Today, Leadwerks Software announces the release of Leadwerks Game Engine 3.4, introducing many new features that help make Leadwerks Game Engine the easiest way to build royalty-free 3D games. With today’s free update on Steam, developers will have access to an all-new vehicle command set for building interactive cars and trucks with a physically realistic transmission model. Built-in water settings have been added in the editor to provide life-like water with the click of a button. Leadwerks

Leadwerks Software today announced the release Leadwerks Game Engine 3.2, the newest version of their game development software on Steam. This update brings integration with Workshop, Steam’s system for user-generated content. The Leadwerks Workshop gives developers a head start by launching with more than 50 free packages of content ready to be used to make games.   “Leadwerks was created to give people who love games the freedom to create something of their own”, said Leadwerks CEO Josh.

The standalone enterprise edition has been updated to the now-stable version 4.5. The new installer is available in the client area when you are logged into your Leadwerks account on our website.

Leadwerks Engine SDK 2.31 is now available. A new SDK installer in the download area allows you to download different versions of the SDK. You must have an activated Leadwerks account to download the new SDK installer.   New features include lighting optimizations for point and spot lights. You can read about this feature in detail here. Another new feature is character controller crouching behavior. Note that the origin of character controllers has been moved to the very bottom of the co