So.. Recently i had a small moan to myself and on the forum, requesting (for the second time i think) for more CSG features. Boolean operations would be amazing but even simple features such as Vertex editing and extraction would be Good and make workflow much easier. And also Texture Locking!!

Anyway, I asked because i have this idea for a game in mind and i know in my head how i would like it to look and I know with the current CSG features it would be long winded and limited. The options is make them as models outside and import them , but you lose the amazing lightmapping you get with CSG segments or option 2 is do most of the geometry using CSG and get the nice lighting and shadows but have limited shapes and geometry.

So.. I decided to give the CSG a real test today and see what can be done. Now these are no AAA screens, but In the end i was surprised at the outcome, mainly because this is the look im Actually after. I wish i could say i was also surprised at how easy it was, but unfortunatly i cant. There were some very frustrating times which nearly made me want to give up, no locking of texting was a biggie, having to make shapes by hacking other together,not good. But I am happy with the outcome. I just wish we had more brushes, simple ones like half a cylinder and half a sphere. Just to make thinks a little easier.

Anyway this an old chruch style building in CSG all in the editor. The first is nothing but CSG and the second is the same with a little bit of vegetation detail to see how it might look.

With some small detail models to add finishing touches i think the outcome will be good. 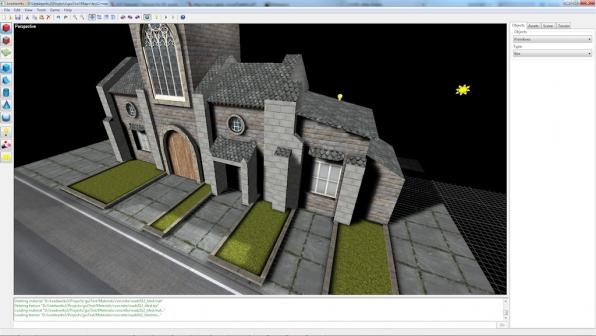 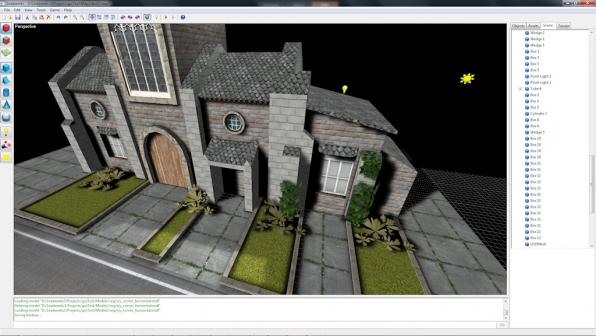