Leadwerks Game Engine 4.4 features an upgrade to the latest version of Newton Dynamics, along with a bunch of new features to enhance physics.

The kinematic controller provides much more stable collisions than the Entity PhysicsSetPosition() and PhysicsSetRotation() commands, and should be used in place of these.  In fact, these commands will be removed from the documentation and should not be used anymore, although they will be left in the engine to ensure your code continues to work.  The FPS player script will be updated to use a kinematic control for objects you are holding, which will eliminate the energetic collisions the script currently produces if you pick up a crate and push it into the wall.

The new joint commands are as follows:

For improved constistency in the API, the joint SetAngle function will be renamed SetTargetAngle, but a copy of the old command will remain in the engine:

Joint Friction
Hinge joints can now accept a friction value to make them more resistant to swinging around.  I used this in the example below to make the joints less "loose", while a kinematic controller positions the green box:

New Vehicle Model
Newton 3.14 features a new vehicle model with a realistic simulation of a slip differential.  Power is adjusted to each wheel according to the resistance on each tire. 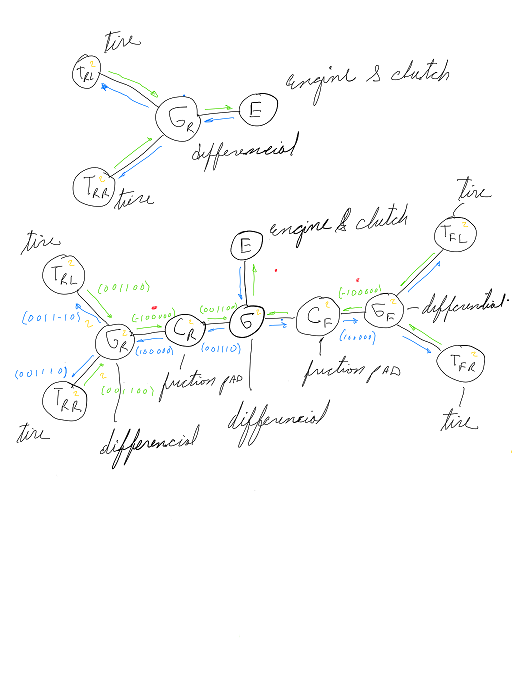 Watch closely as the wheels below act just like a real car does when its tires slip:

The realistic vehicle models gives vehicles a much more visceral and fun feeling.  The new vehicle also uses actual bodies for the tires, instead of convex raycasts, so the sudden bouncing the old vehicles could exhibit if the chassis didn't encompass the tires is eliminated.

Slider and hinge joints now have optional spring behavior you can enable with one command.  Use this to make our own custom suspension system, or anything else you need.

These changes will be available next week on the beta branch on Steam.