The animation update routine has been moved into its own thread now where it runs in the background as you perform your game logic. We can see in the screenshot below that animation updates for 1025 characters take about 20 milliseconds on average. (Intel graphics below, otherwise it would be 1000 FPS lol.) 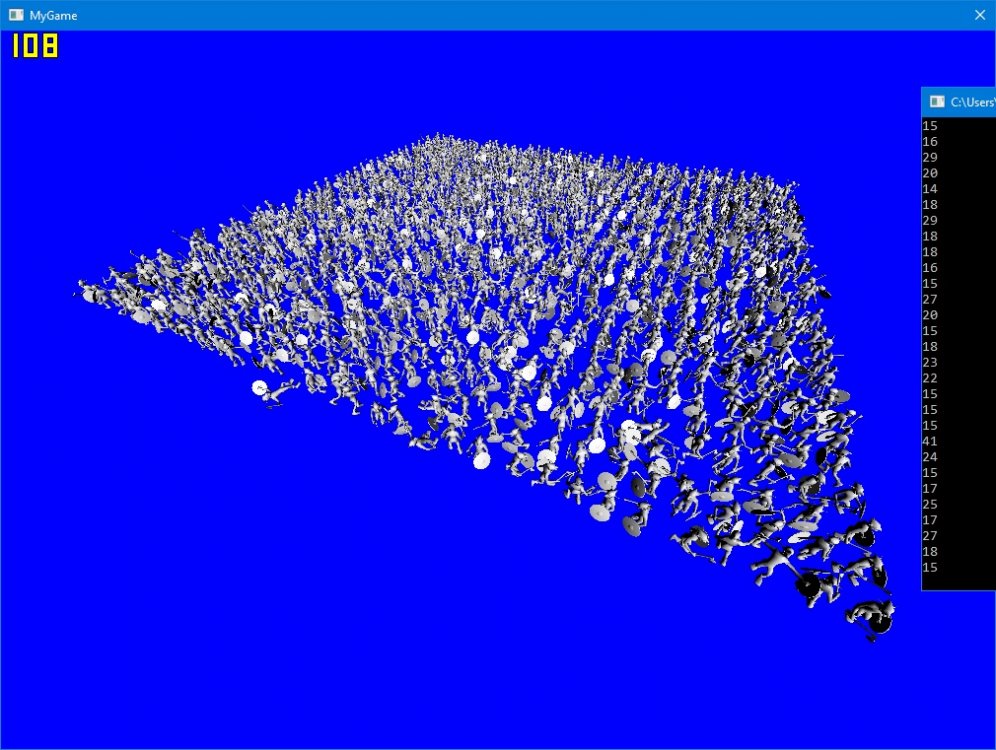 In Leadwerks 4 this would automatically mean that your max framerate would be 50 FPS, assuming nothing else in the game loop took any time at all. Because of the asynchronous threaded design of Leadwerks 5, this otherwise expensive operation has no impact whatsoever on framerate! The GPU is being utilized by a good amount (96%) while the CPU usage is actually quite low at 10%, even though there are four threads running:

Although the performance here is within an acceptable limit for a game running with a 30 hz loop (it's under 33 milliseconds) it would be too slow for a 60 hz game. (Note that game frequency and framerate are two different things.) In order to get the animation time under the 16.667 milliseconds that a 60 hz game allows, we can split the animation job up onto several different threads. This job is very easily parallelized, so the animation time is just the single-threaded time divided by the number of threads. We can't make our game run faster by adding more threads unnecessarily, all we have to do is make sure the job is completed within the allocated amount of time so the engine keeps running at the correct speed.

When I split the task into two threads, the average update time is about 10 milliseconds, and CPU usage only goes up 2%. Splitting the task into 16 threads brings the average time down to 1-2 milliseconds, and CPU usage is still only at 15%. What does this mean? Well, it seems each thread is spending a lot of time paused (intentionally) and we haven't begun to scratch the surface of CPU utilization. So I will do my best to keep the CPU clear for all your game code and at the same time Leadwerks Game Engine 5 will be using A LOT of threads in the background for animation, physics, navigation, and rendering.

The performance we're seeing with this system is absolutely incredible, beyond anything I imagined it would be when I started building an engine specifically designed for modern PC hardware. We're seeing results that are 10 times faster than anything else out there. In fact, here are 10,000 animated characters running at 200+ FPS on a GEForce 1070 with no LOD or any special optimization tricks. (Thanks to @AggrorJorn for the screen capture.) 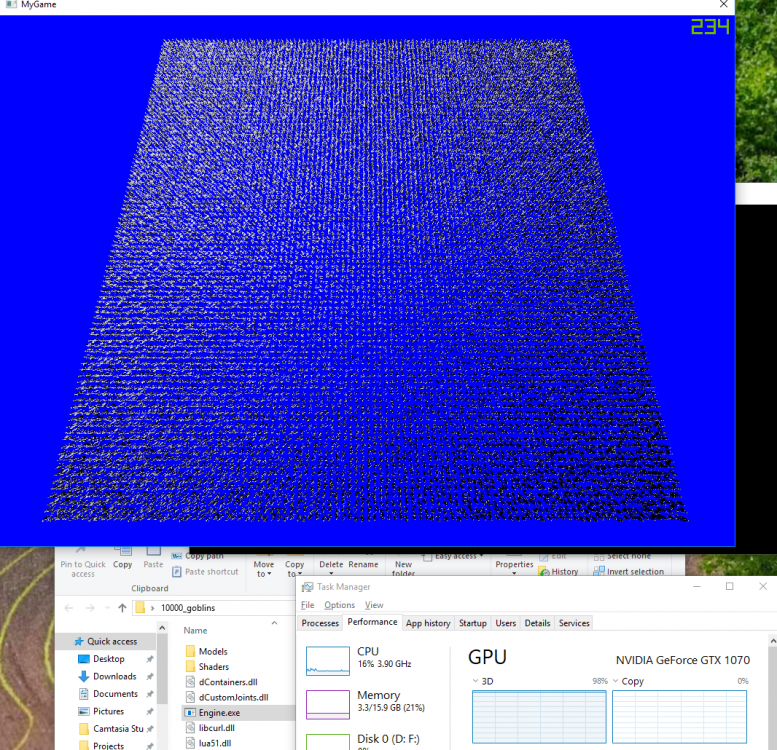 It remains to be seen how performance is when lights, physics, and AI are added, but so far it looks extremely good. In fact, for anyone making an RTS game with lots of characters, Leadwerks 5 may be the only reasonable choice due to the insane performance it gets!