Texture arrays are a feature that allow you to pack multiple textures into a single one, as long as they all use the same format and size. In reality, this is just a convenience feature that packs all the textures into a single 3D texture. It allows things like cubemap lookups with a 3D texture, but the implementation is sort of inconsistent. In reality it would be much better if we were just given 1000 texture units to use. However, these can be used to pack all scene shadow maps into a single texture so that they can be rendered in a single pass with the clustered forward renderer.

The results are great and speed is very fast. However, there are some limitations. I said early on that my top priority with the design of the new renderer is speed. That means I will make decisions that favor speed over other flexibility, and here is a situation where we will see that in action. All scene shadow maps need to be packed into a single array texture of fixed size, which means there is a hard upper limit on total shadow-casting lights in the world.

I've also discovered that my beautiful variance shadow maps use a ton of memory. At maximum quality they use an RGBA 32-bit floating point format, so that means a single 1024x1024 cubemap consumes 96 megabytes! (A standard shadow map at the same resolution uses 24 megabytes VRAM). Because all shadows are packed into a single texture, the driver can't even page the data in and out of video memory. If you don't have enough VRAM, you will get an OUT_OF_MEMORY error. So anticipating and handling this issue will be important. Hopefully I can just use appropriate defaults. I think I can cut the size of the VSMs down to 25%, but without the beautiful shadow scattering effect. Because the textures all have to be the same size, it is also impossible to set just one light to use higher resolution settings.

If you want speed, I have to build more constraints into the engine. This is the kind of thing I was talking about. I want great graphics and the absolute fastest performance, so that is what Ia m doing.

Okay, so with all that information and disclaimers out of the way, I give you the first shot showing multiple lights being rendered with shadows in a single pass in our new forward renderer. 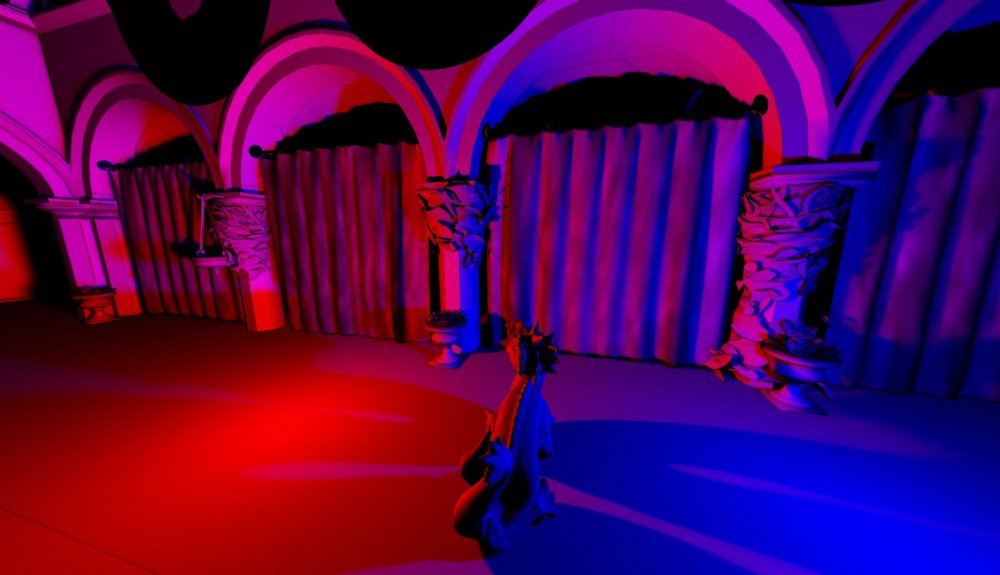 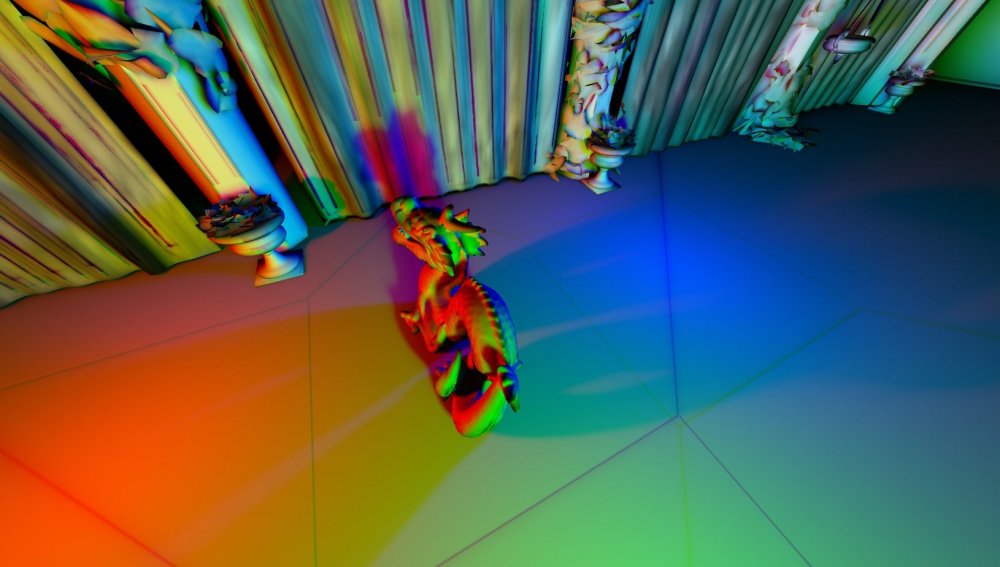 And here I lowered the shadow map resolution and added 50 randomly placed lights. There are some artifacts and glitches, but it's still a pretty cool shot. All running in real-time, in a single pass: 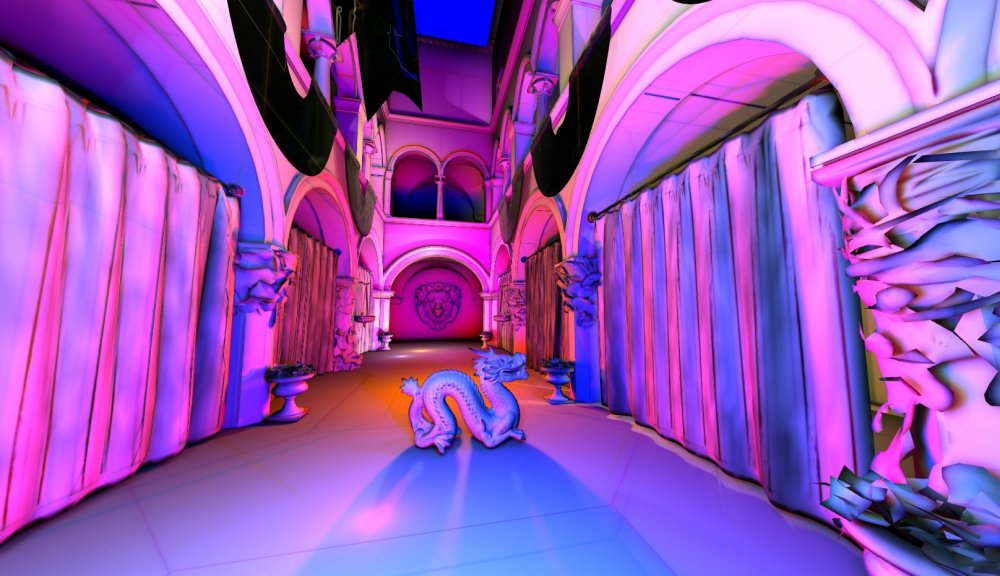 Keep in mind this is all before any indirect lighting has been added. The future looks bright!