I have shadow caching working now in Turbo. This feature is already in Leadwerks Game Engine 4. The idea is that static scene geometry should not be redrawn when a dynamic object moves. Imagine a character (6000 polys) walking across a highly detailed room (100,000 polys), with one point light in the room. If we mark the scene geometry as static and the character as dynamic, then we can render a shadow map cache of the static scene once. When the character moves, the static cache is copied into the rendering buffer, and then the character is drawn on top of that, instead of re-rendering the entire scene. When used correctly, this will make a huge difference in the amount of geometry the renderer has to draw to update lighting.

Here is my test. The helmet spins, causing the point light shadow to re-draw. The surrounding scene is marked as static and consists of 260,000 polys. By using shadow caching we can reduce scene polys rendered from about 540,000 to 280,000, in this case. 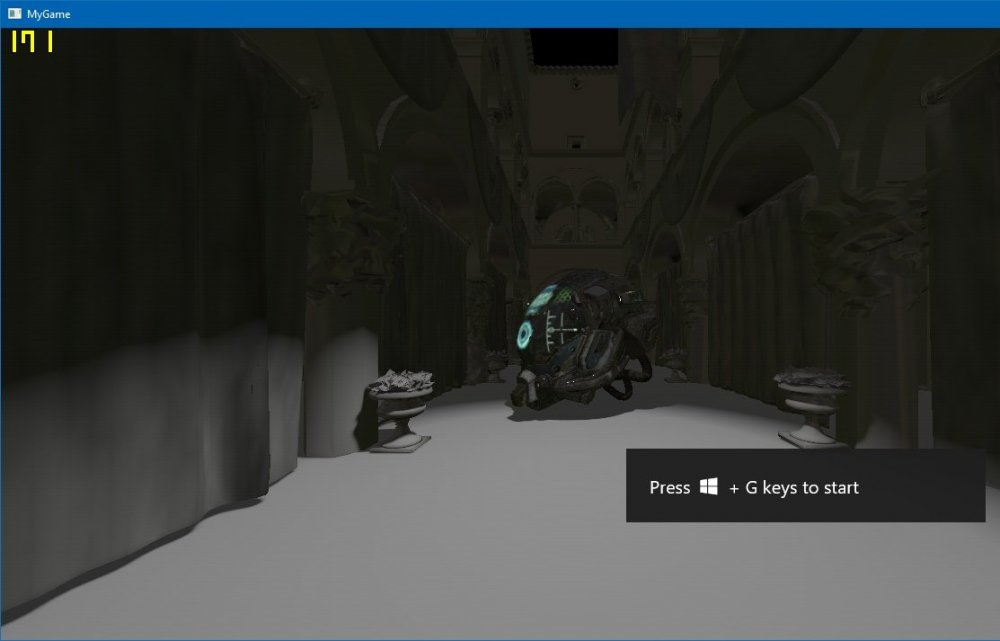 I actually changed the light type to a point light, which is more demanding since it uses six passes to oover all faces of the cubemap. After performing optimizations, the test runs at 180 FPS, with a point light, with shadow caching enabled. Without shadow caching it ran at about 118. This is with Intel integrated graphics, so a discrete card is sure to be much faster.

I also found that using variance shadow maps and multisampled shadows DO make a big difference in performance on Intel graphics (about half the framerate with 4X MSAA VSMs), but I don't think they will make any difference on a high-end card.

There is still a bit of an issue with shadow updates syncing with the rendering thread, but all in all it was a good day's work.