The Vulkan renderer now supports new texture compression formats that can be loaded from DDS files. I've updated the DDS loader to support newer versions of the format with new features.

BC5 is a format ATI invented (originally called ATI2 or 3Dc) which is a two-channel compressed format specifically designed for storing normal maps. This gives you better quality normals than what DXT compression (even with the DXT5n swizzle hack) can provide.

BC7 is interesting because it uses the same size as DXT5 images but provides much higher quality results. The compression algorithm is also very long, sometimes taking ten minutes to compress a single texture!  Intel claims to have a fast-ish compressor for it but I have not tried it yet. Protip: You can open DDS files in newer versions of Visual Studio and select the compression format there.

Here is a grayscale gradient showing uncompressed, DXT5, BC7 UNORM, and BC7 SNORM formats. You can see BC7 UNORM and SNORM have much less artifacts than DXT, but is not quite the same as the original image. 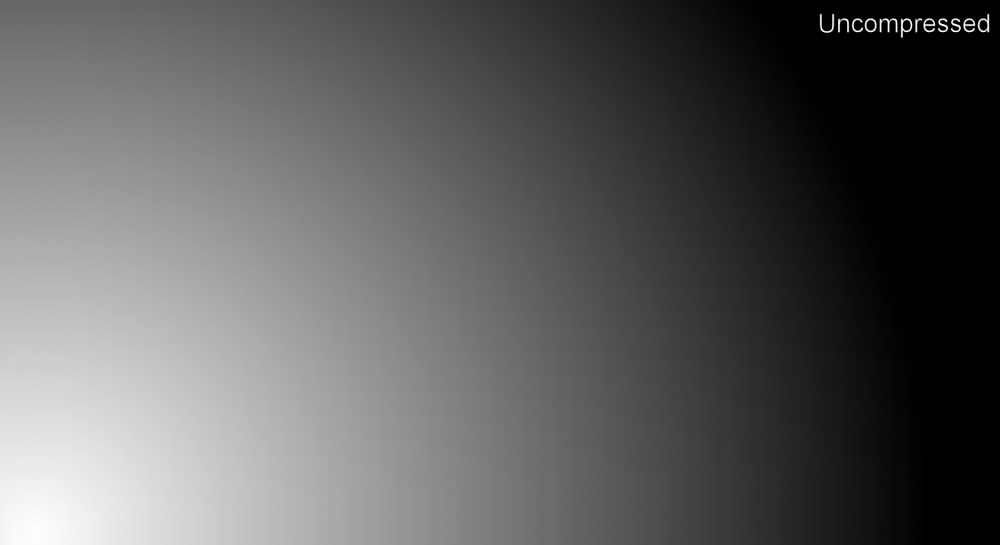 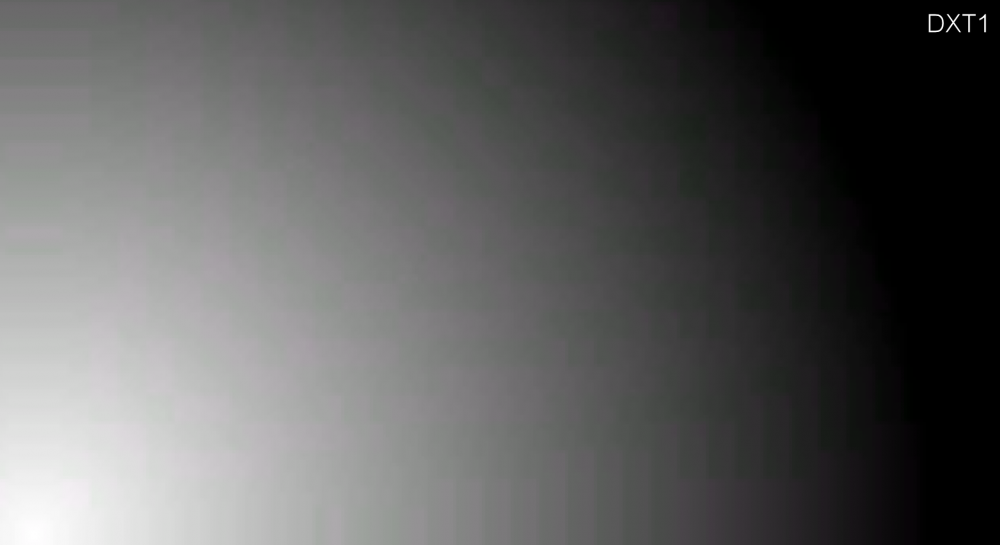 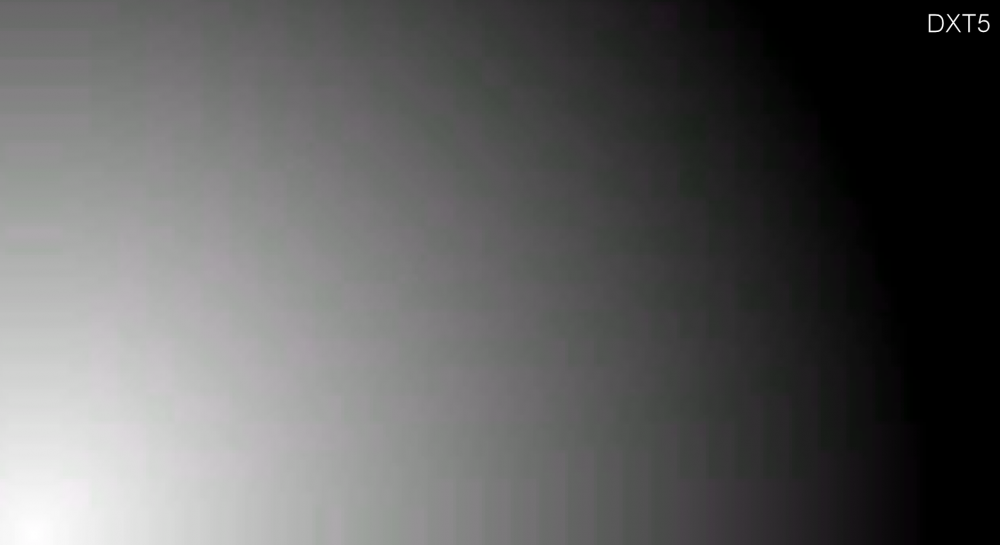 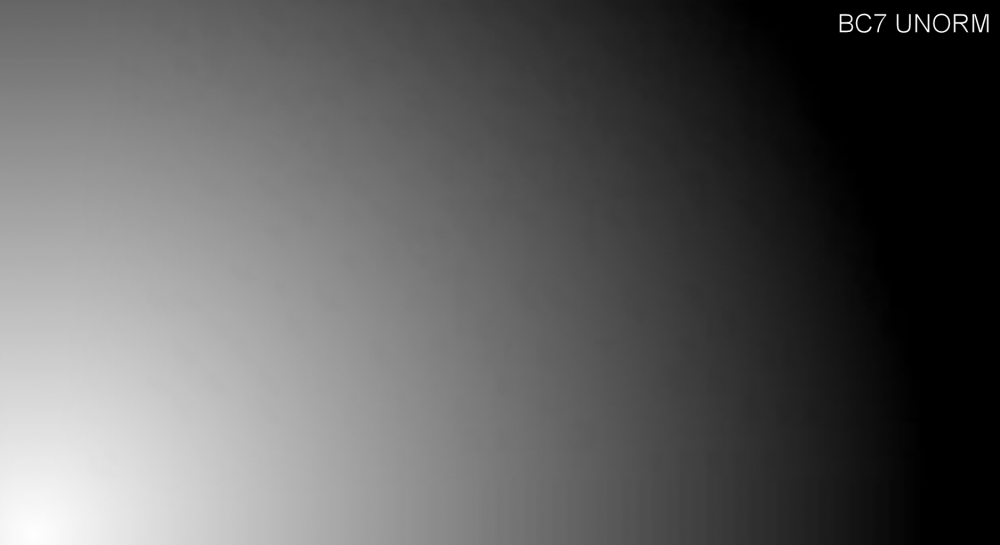 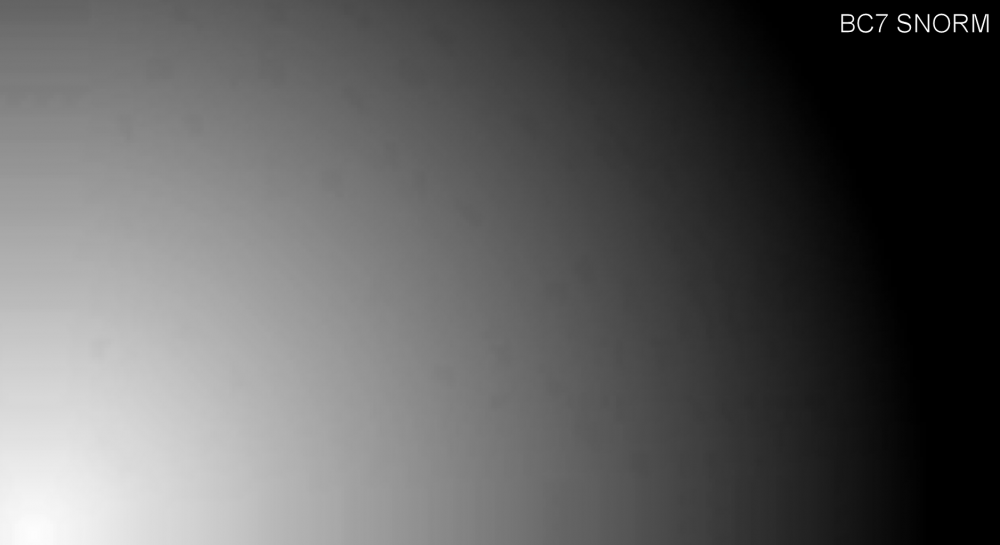 The original image is 256 x 256, giving the following file sizes:

I was curious what would happen if I zipped up some of the files, although this is only a minor concern. I guess that BC7 would not work with ZIP compression as well, since it is a more complicated algorithm.

Based on the results above, I would probably still use uncompressed images for skyboxes and gradients, but anything else can benefit from this format. DXT compression looks like a blocky green mess by comparison.

I was curious to see how much of a difference the BC5 format made for normal maps so I made some similar renders for normals. You can see below that the benefits for normal maps are even more extreme. The BC5 compressed image is indistinguishable from the original while the DXT5n image has clear artifacts. 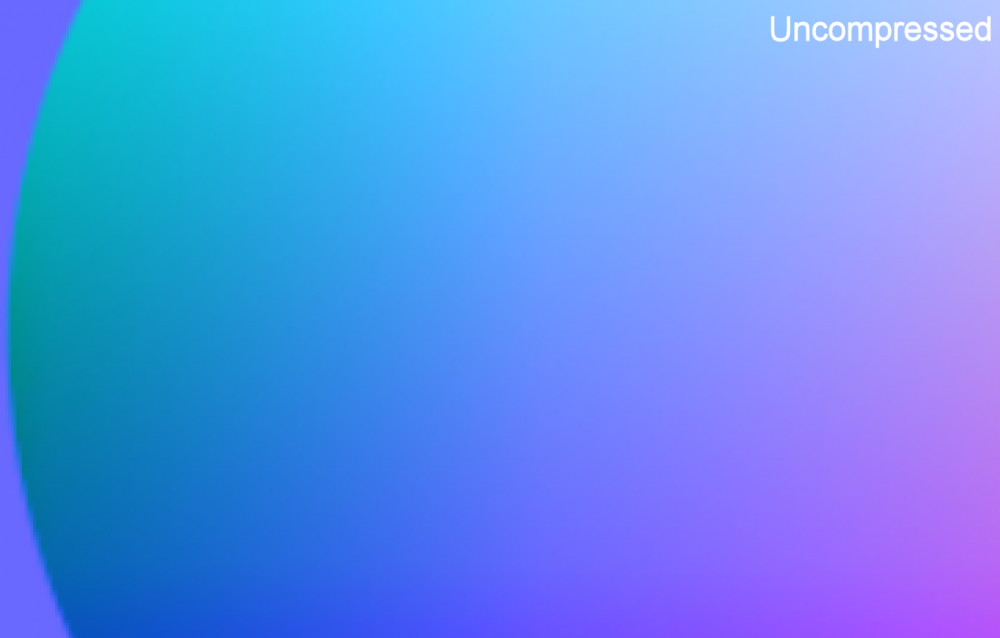 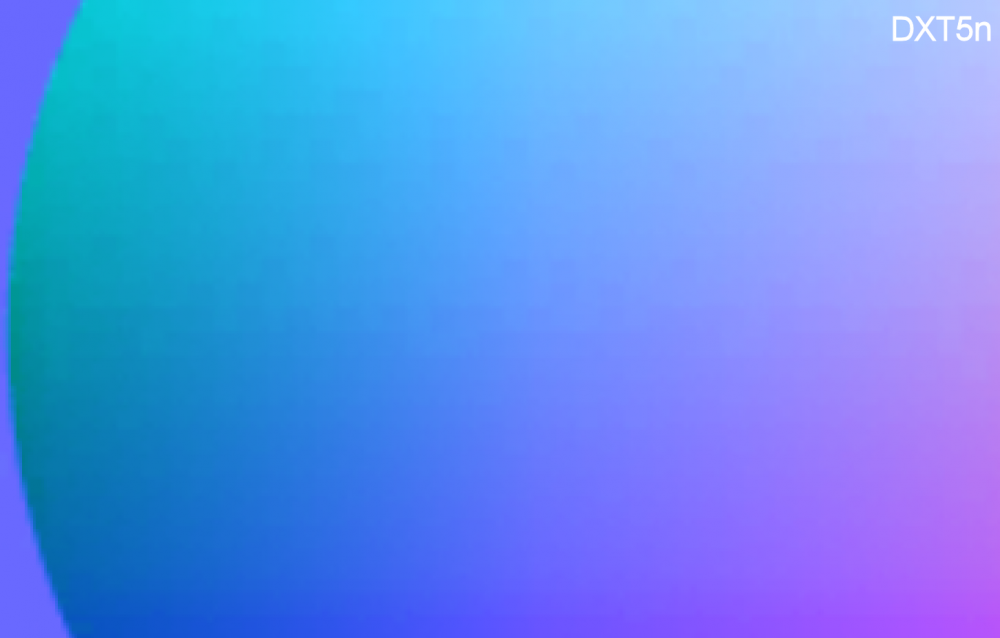 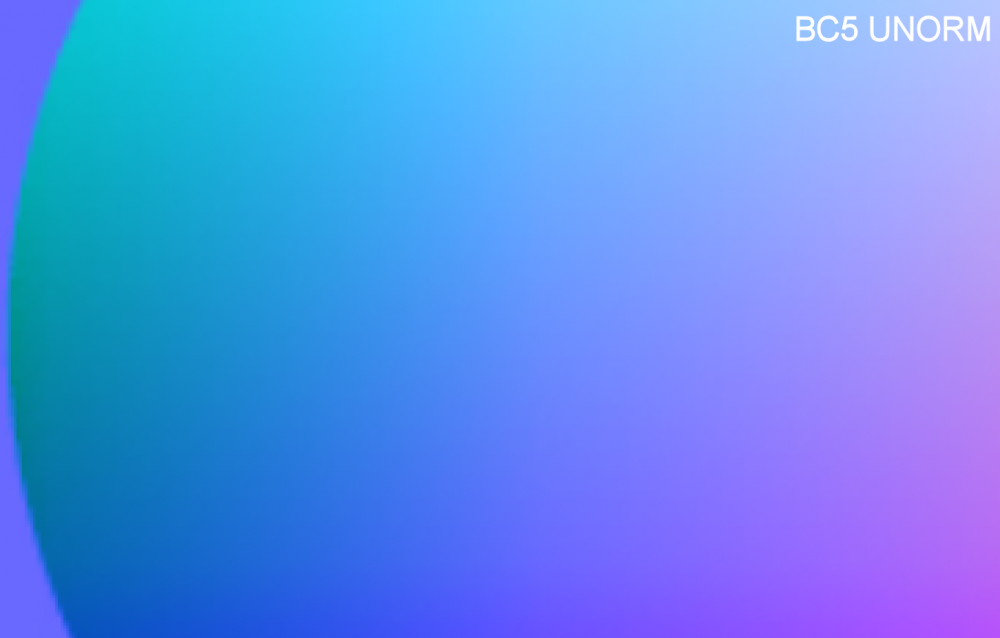 In conclusion, these new formats in the Vulkan renderer, when used properly, will provide compression without visible artifacts.