Had a quick play with Saitek's DirectOutput SDK, results are mixed but not bad. The MFD resolution in Combat-Helo is a native 512x512 and the Saitek Flight Instrument Panel is VGA 320x240, there's a bit of difference. 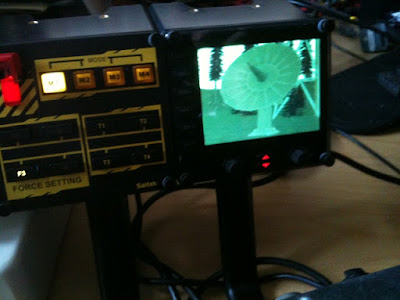 Sampling the buffer down to a smaller surface and then adding a suitable BMP header to send over to the device. Remarkably easy. I'll have three more please Saitek

BUT please can you make an FIP version two with a 512x512 square ratio display? Or at least increase the vertical resolution to 256? 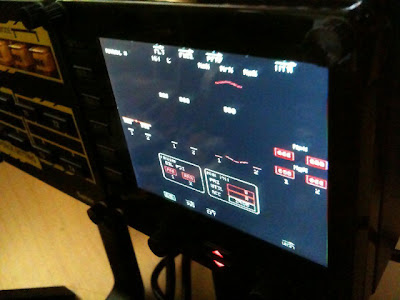 Text is near impossible to read, but the general layout is recognisable. I don't know if we're going to support these devices in game, it's just one more thing to go wrong and support, and the default button locations don't match up so it would need code to move functions over to the left side, there are only 6 six buttons. But it's interesting to play around with.