Frictional Games is the developer of puzzle horror games like Penumbra and the new Amnesia: The Dark Descent. We sat down with Frictional Games co-founder Thomas Grip to learn more about their development process.

Josh: I'm a big fan of the Penumbra series. What can we look forward to in Amnesia: The Dark Descent?

Thomas Grip: There is a lot to of new stuff in the game. First of all the game is a more streamlined experience both in terms of general gameplay and interaction. For the gameplay we have made sure that the focus is always on atmosphere and story, and made sure that the player is never stuck at a puzzle for too long and stuff like that. One of the ways we do this is to allow multiple solutions so it always feels intuitive to the player.

In terms of interaction, it is much easier to interact now. In Penumbra it could be a pain to open doors at times because you needed to click on the right spot and so on. In Amnesia all that is fixed and it is now possible to easily slam shut a door in the face of an enemy and things like that.

There is also a new insanity system, a fresh environment, and new story. 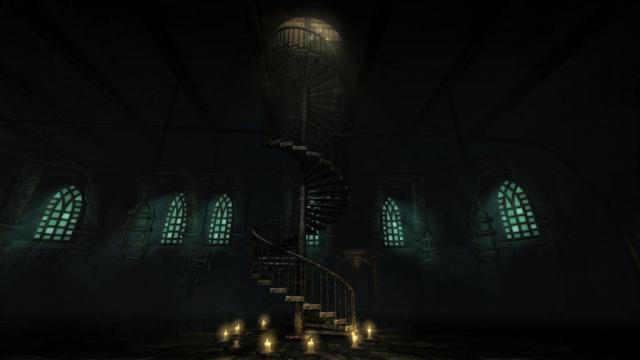 Josh: Can you talk about the process of developing an idea and turning it into a full-fledged game? Do you start with a design document or just start writing code? How closely does your final game resemble what you originally imagined?

Thomas Grip: This time we had a very long iteration period where we tested out various ideas. We actually first had a bite-sized horror design inspired by Super Mario. It was intended to have small self-contained levels and to be played in shorter bursts. It did not fall out too well and we tried tons of stuff before settling where the final game is.

In the early iterations we started out with a "fun" mechanic and tried to base a game on that, but as I said, it did not turn out good. Instead we started focusing on the themes and general feel of the game. Then we started building minimal mechanics to support that. To do this we took a lot from Penumbra, as we knew how it worked, and refined it.

Once we had the general feel going 1/3 or so is drawn up on paper and we started making maps based on that, then as maps are made we continue to design the remaining 2/3 on paper taking cues from the maps being built. These written paper designs are often very close to the full game and that is a way for us to be able to plan ahead very accurately. Early on we knew around 90% of the assets that we needed, which is great when outsourcing. Then in the final steps the maps get polished and we play them over and over and try to build up the feel we are after. If something does not work out, we often scrap it instead of rebuilding it. 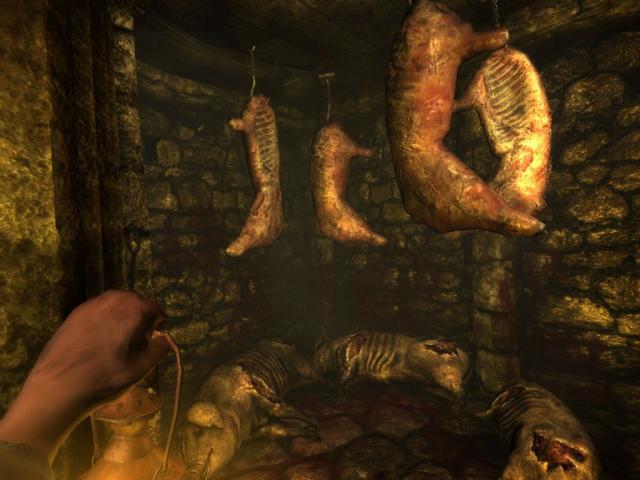 Josh: Towards the end of the first Penumbra game, you communicated with a major character over an intercom system. The character never actually appeared on screen, but the emotional connection was established using voice acting. This struck me as a good design decision, because you were able to eliminate all the trouble of making an animated character speak in a convincing cut scene, without detracting from the player's experience. Are there any other examples like that where you made design decisions that helped streamline production, so you could focus on the core gameplay?

Thomas Grip: There is a lot of that stuff in Amnesia. For example, there is one character without a lower jaw, which removed the need to do lip-sync. When it comes to visions we only use sound (without models, like in System Shock 2), which in turn also gives the game a more spooky feel. I think having these kinds of constraints also forces you to use your imagination more and not just follow the design of other games. Although it is a bit annoying not being able to do certain stuff, it often turns out positive for us. 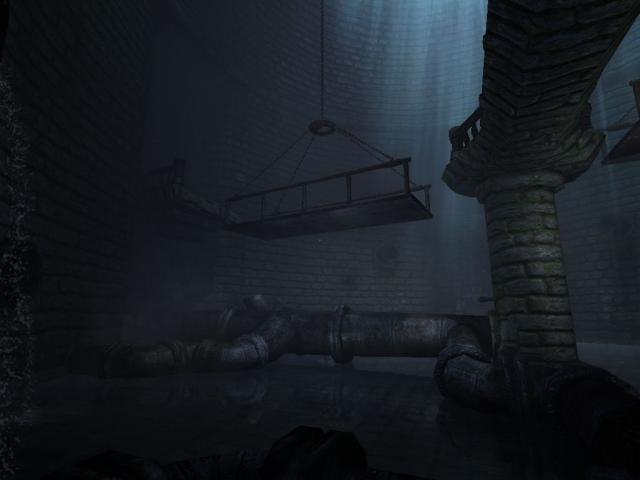 Josh: What's next for Frictional Games?

Thomas Grip: Rest! And tech support... And then we have to see how sales and so go! We have an interesting idea we would like to pursue, but it depends a bit on how we do financially.

Check out Amnesia: The Dark Descent for creepy thrills and inspiring game design.