It was over a year ago we were notified that some of the models we had purchased from Dexsoft might possibly have been stolen. After a period of investigation the probability was quite high this was the case and Dexsoft contacted customers to offer new packs. However months later I was unable to get a reply about these replacements and only in November when doing a review of outstanding assets and licensing we had to either press again or do a re-build.

Dave elected to take it upon himself to do a rebuild and not wanting to have to reposition every building adopted the same dimensions with the exception of adding much needed 'basements' (a basement is just an extrusion of the exterior wall so that it will sink under terrain so no gaps are left if the centre of the model is positioned on uneven ground.

Originally the models were made for use in first-person games and LOD0 had details such as railings and girders. Dave completely built (from scratch) versions complete with new textures and made them more efficient at the cost of some detail. An original building had 5213 polygons, after a rebuild only 728 polys (which is iPhone territory). 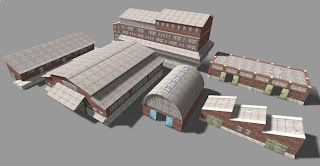 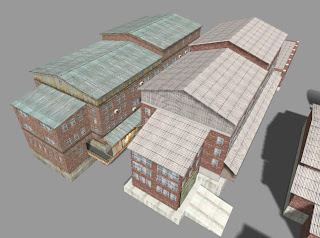 Original stolen model on left, rebuilt from scratch on right

Scratch build on left, original on rightAny small indie developer takes a leap of faith when purchasing models from 3rd parties, you don't know where they came from or their history. In this instance we got bitten as did the 3rd party which handled the situation well (but it would have been nice to have the replacements anyway). No harm was done, anyone using or releasing games with 3rd party content be aware.

Thanks Dave for once again being on the ball.

Started work on the updater again.This is based in part on the Leadwerks SDK downloader which is pretty much everything I needed given a little twist and a slice of lemon. Hopefully some of you will be seeing this in the near future. At some point we'll add user names and a regcode system prior to any content downloads (these will not be required to play). 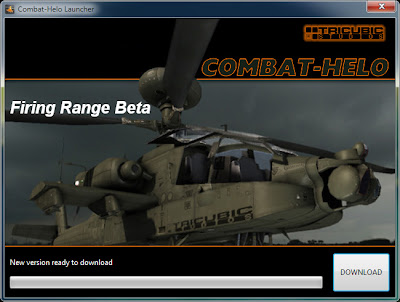 With any luck the 'one click' update system will let us add rolling improvements at the cost of occasionally annoying you with a download when an update is available. I just want to be able to push one button, get the latest changes to any content I own and go. 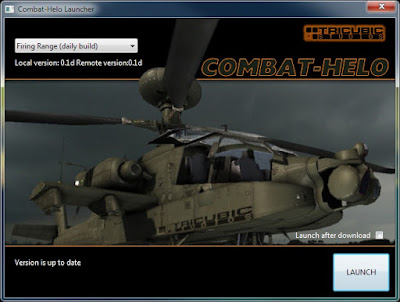