I have really enjoyed working on this project, and hope you get a couple of minutes of fun playing it!

Introducing my “Machine For Penguins” submission with the tentative name of “Cold Feet”. I've actually had quite a bit of time to work on it as I’ve taken some annual leave I then fell sick for a bit and there have also been a few late nights also. Although it’s a big work in progress I am more than happy with the progress that has been made. What I have currently is a working demo so it’s on to fixing bugs and hopefully some more artwork and polish.

Keeping things simple and expectations realistic is the theme for this project and no scope creep, which happens to invade all of my previous projects. It was then time for an idea. I used Google doc’s for some brainstorming using the Machine For Penguins theme with physics and joints gave me some solid ideas for the game and game play features.

Google docs was used again for the brainstorming of the games classes, bug tracking, features, storyline.

To keep things simple pretty much all art is to be hand drawn with maybe a texture overlay here or there. I can’t afford to be bogged down here, and to me this is the danger area.

Models are to be very low poly and only textured if I have time and the texturing is to be very simple.

For this demo 1 level will be created and is to be very simple with the play area being a rectangle.

With the game play idea I was hoping to have a fast paced game where time is against you. Your goal is to crush ice cubes to create snow cones. You must push ice cubes (Rigid Body shapes) onto a hatch (Joint motor) and release the hatch to drop the cubes into the crusher! Difficulty increases and more cubes drop down until you complete the level or time runs out (end of game).

I came up with a quick dramatic storyline to simply explain what is going on, this is to be spoken in a deep serious voice ackhem…..

For centuries mankind has been searched in vein for the perfect Snow Cone on that hot summers day. Legend has it that deep in the Arctic, an elite unit of penguins have unlocked the secrets to this overwhelming problem humanity faces.

The heat wave is unbearable; as a last resort we turned to these “Masters of Ice” to do what mankind has failed to do…. Start a Franchise to make perfect snow cones and FAST! 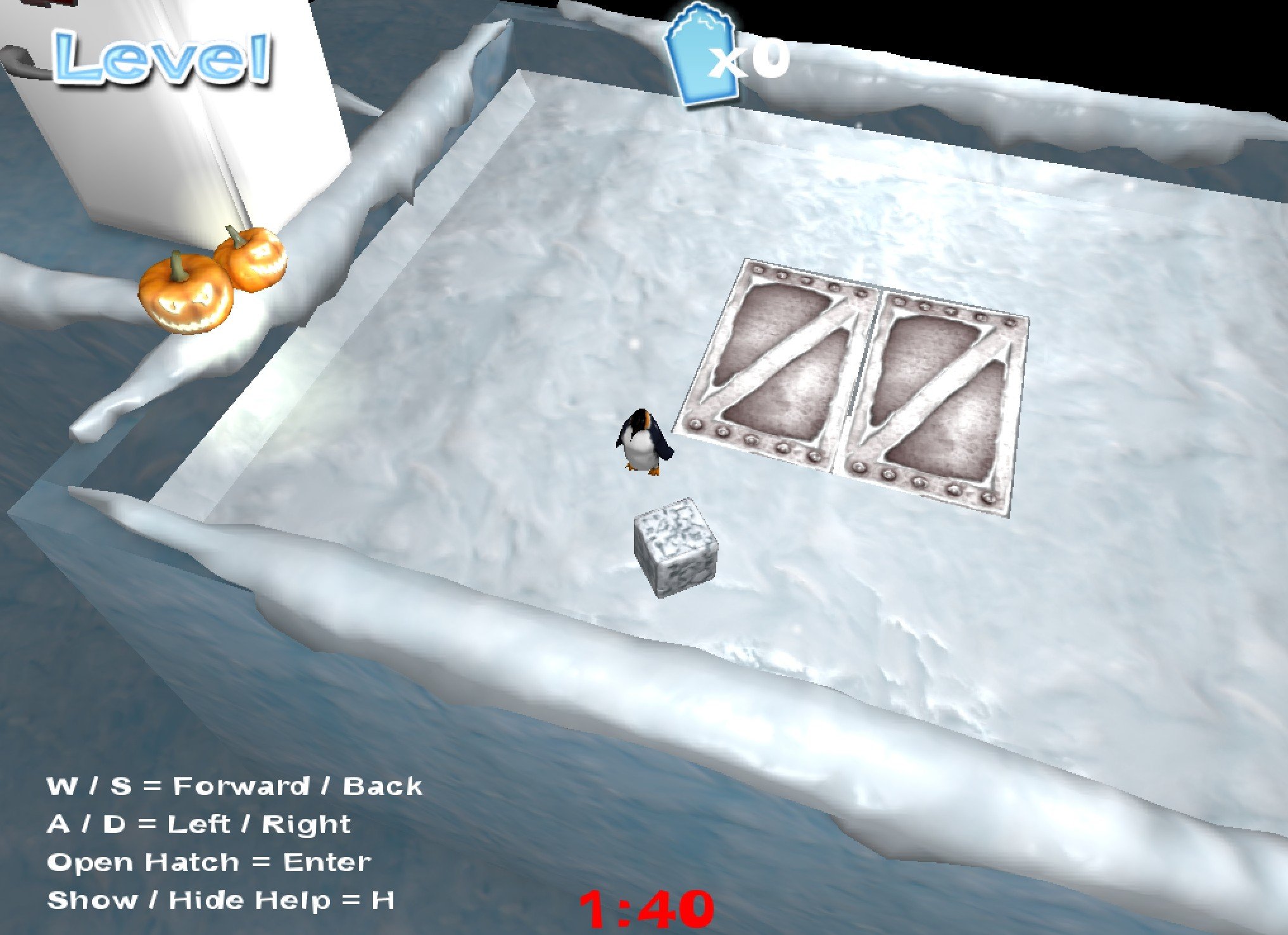