Structura is a rather unique sci-fi real time strategy set in space.
Its a hybrid of rts and fps, emphasis on combat and survival
, the economy is important for the war effort.

You are the commander of a combat unit of the Human Resistance Fleet.
Build your economy for war, modify the unit by adding components,
explore, expand and survive the savage waves of enemies attacks.
Scan and destroy enemies, plan your defenses, jump the unit to safety.

Single player open world gameplay
Procedural generated world
Permadeath, there is no save
Multiple roles (fly the sentinel a combat strike ship, command the main base)
Space navigation by jumps (use the sentinel to create jump beacons for the base to jump)
Economy gameplay, prepare the unit for war.
Multiple ways to aquire resources
Base construction (the base can be expanded indefinetly, with enough resources available)
Your choices, many options, pick how you want to play
Survival gameplay
Difficulty high but fair once you learn the ropes
Intreasting story, replayable

Humanity fights for survival against an unknown and implacable enemy.

The human race as we know it doesnt exist anymore.
Humans survived as cybernetic simulations inside their combat vessels.
You are the commander of such unit (part of the Human Resistance Fleet).

HRF Structura , your ship, contains the simulated personalities of about 300 humans.
Your story begins here

The main base(known as the unit) can be expanded by using components
on 6 directions(left,right, up, down, front, back).
Each component is linked to the ship by one socket and one tunnel.
19 different components are available from economy to military purposes.

Other units can be attached so the base can be expanded indefinetly
on any direction(providing enough resources). 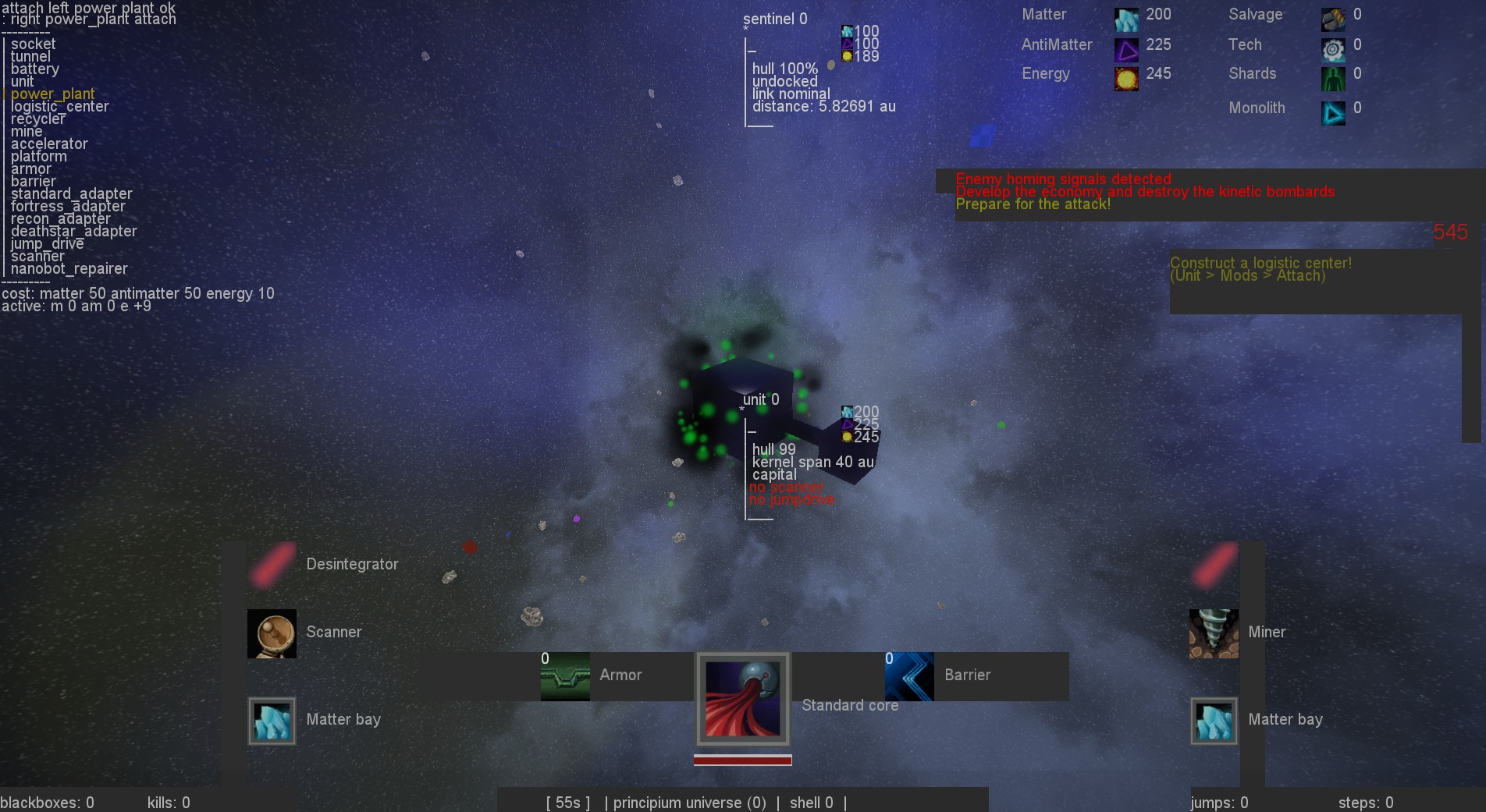 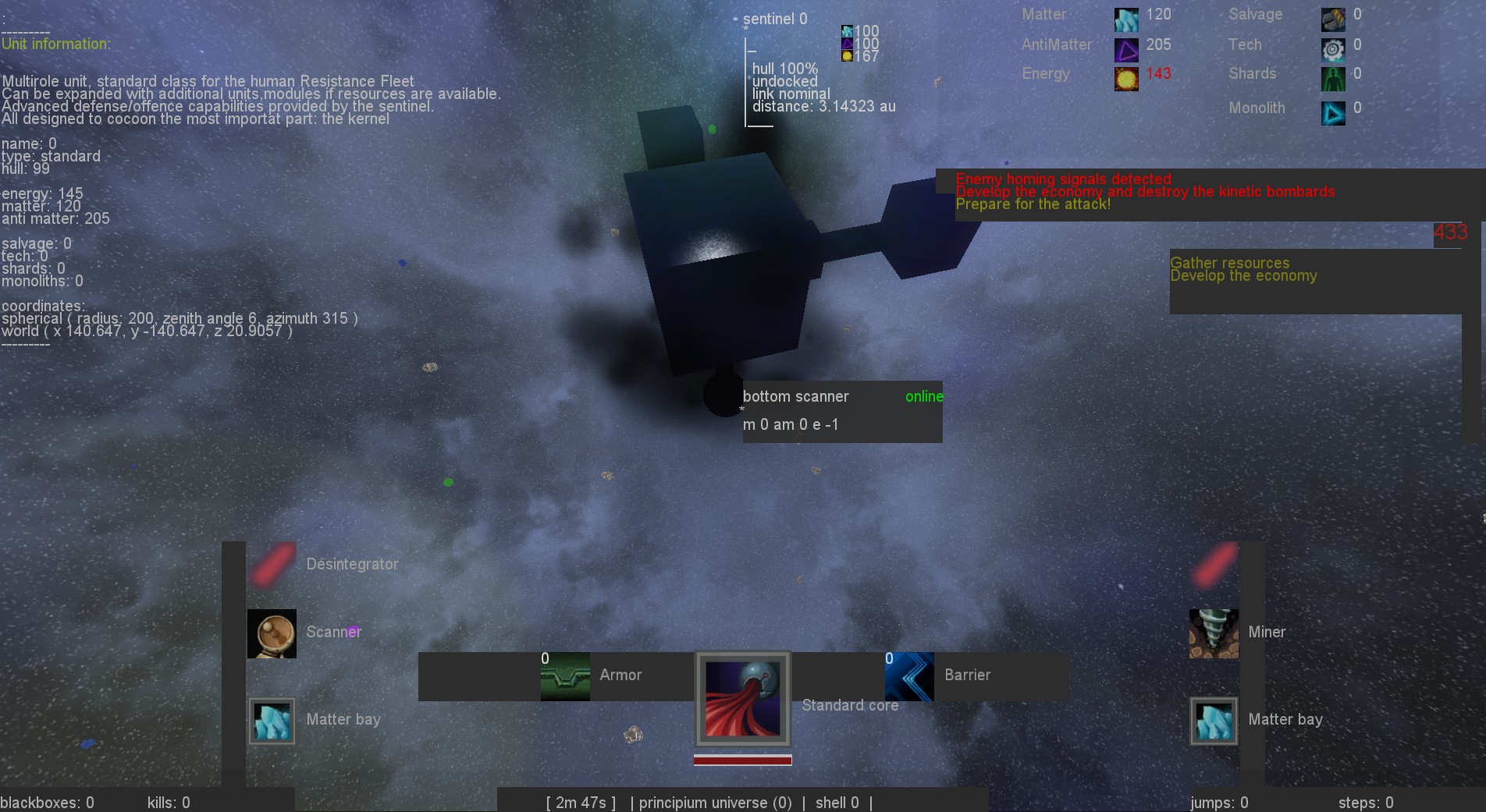 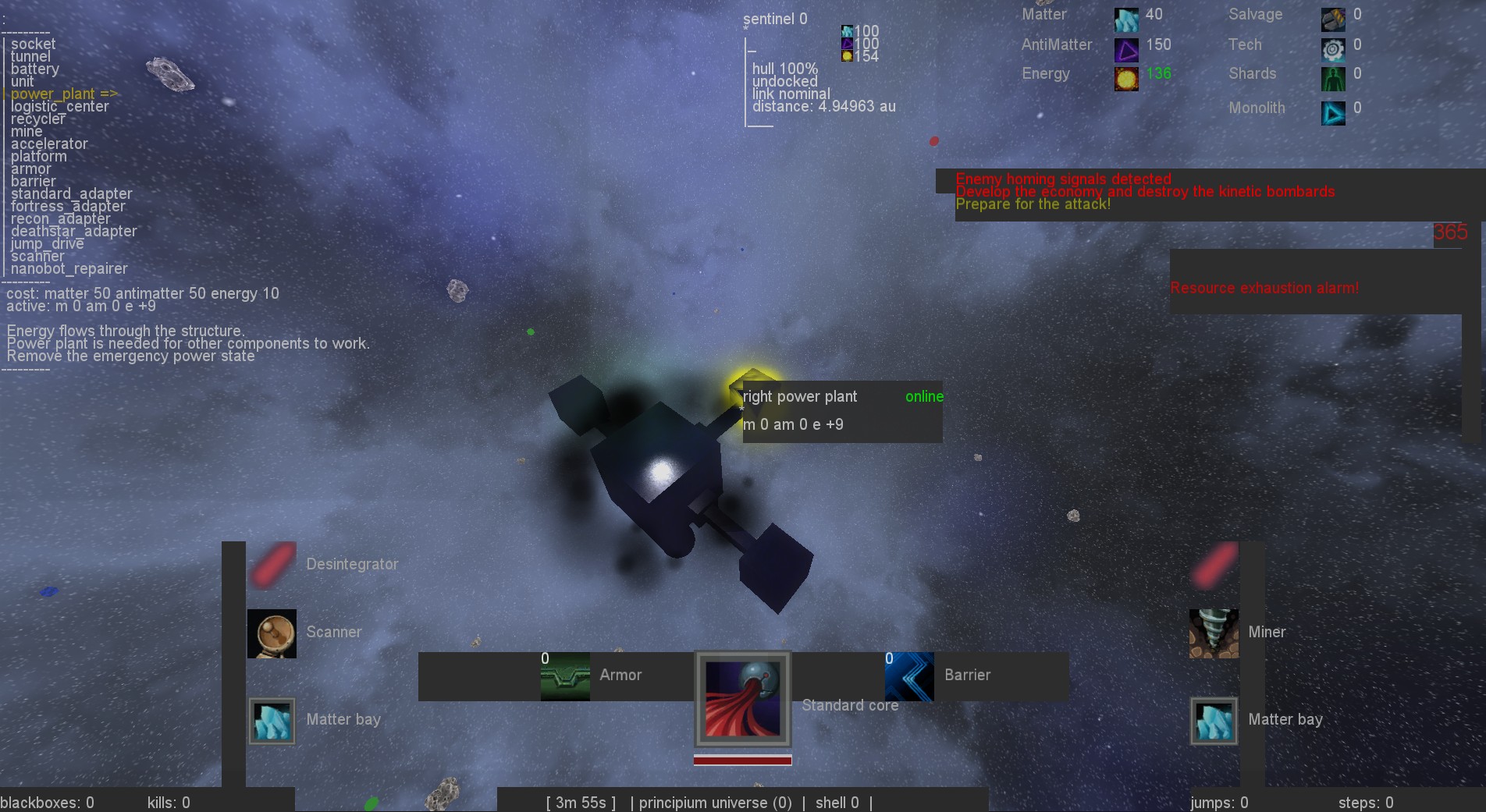 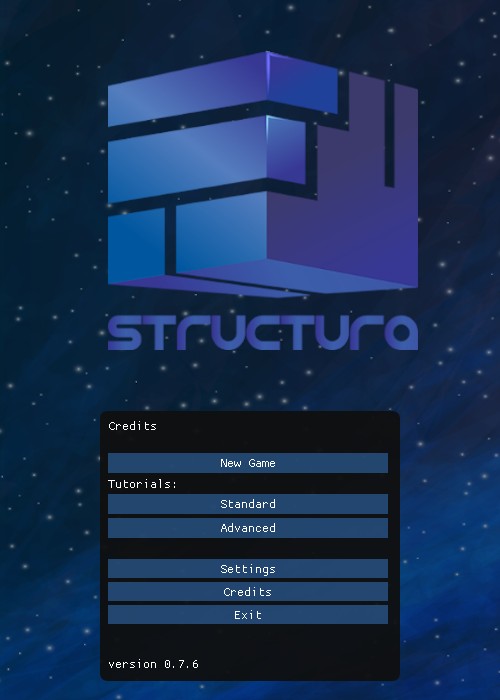 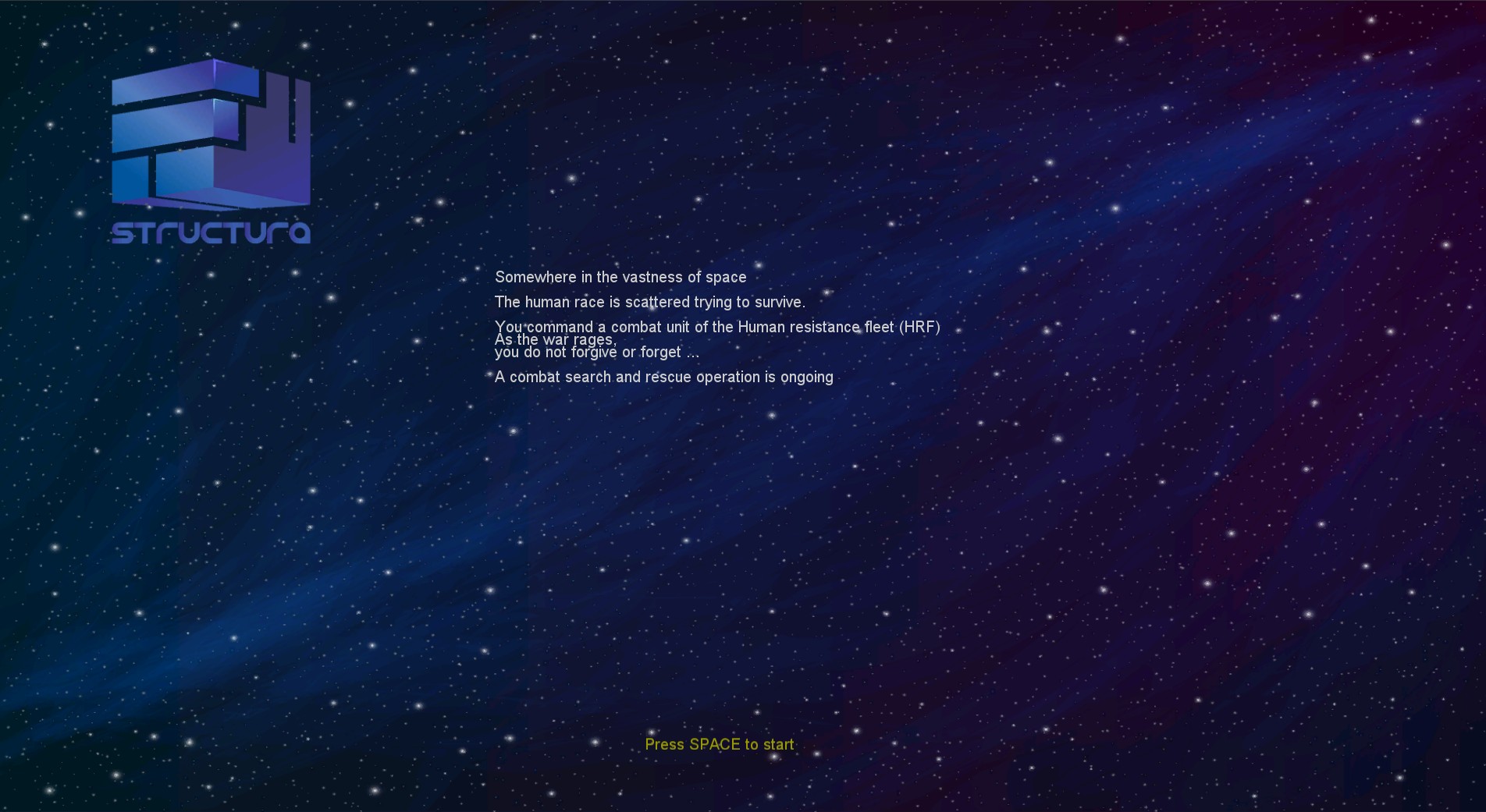 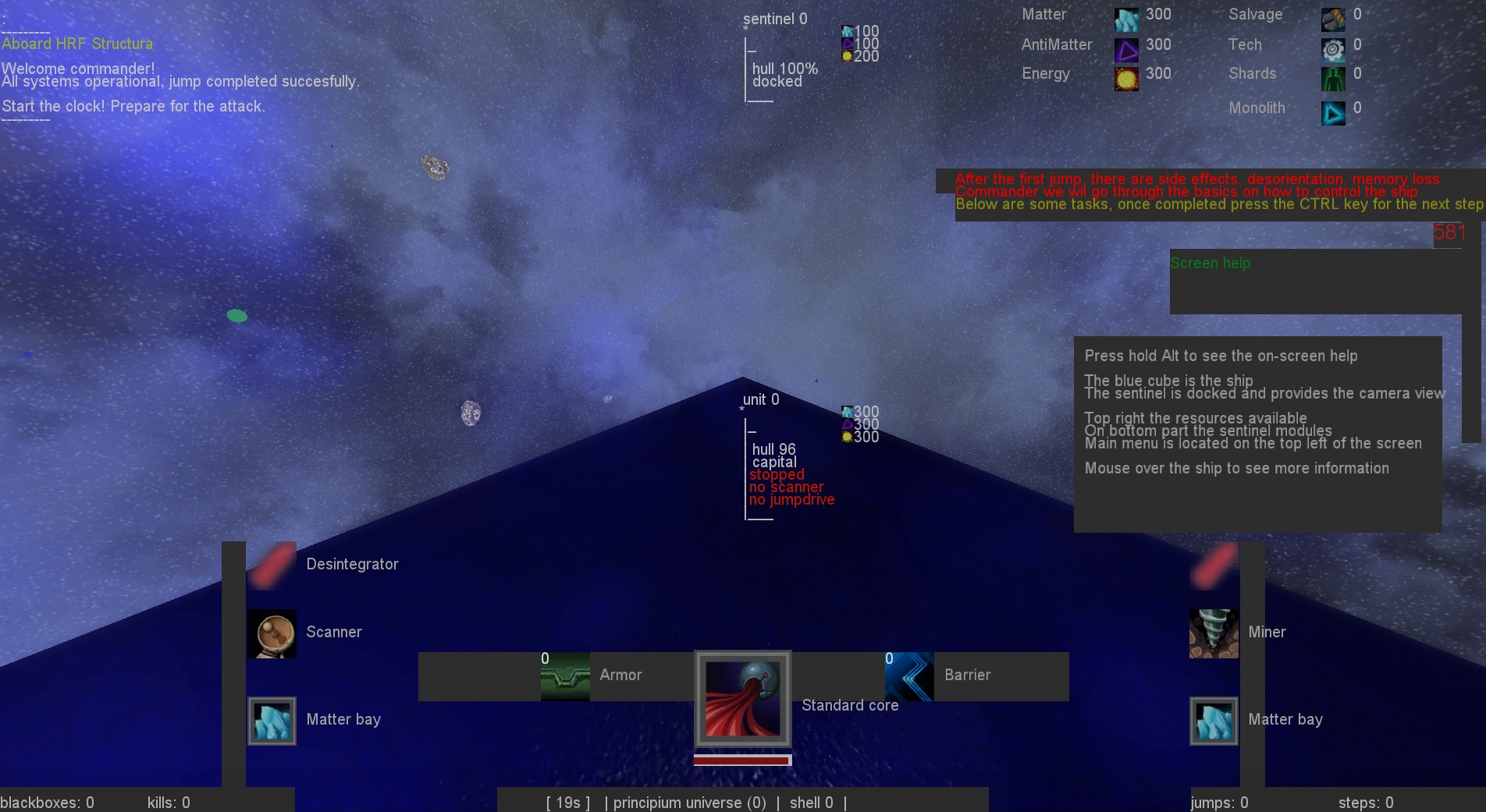