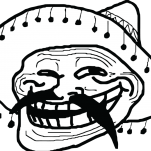 3rd person and Weapons and multiplayer

By Slimwaffle, December 24, 2018 in Programming