Not a Combat-Helo post. I'm engaged in a spot of design and research but was looking for some old material online and found I had left a digital trail pre-dating commercial internet use.

28 Years ago I drew this. I was in high school. Shocking really. I used Z80 machine code to generate the 'impressive' sound and visual effects in this game. *wince*

A lifetime of programming and tinkering, stacks of hard drives of unpublished projects ranging from Spanish school time-table generators to a Black Shark snapshot campaign generator.

Some material I doubt will ever be revived, the Memotech MTX 500 version of Next War was stored on cassette tape, probably oxidised beyond recovery. However the code lives on in other forms, the dynamic campaign system was enhanced and put to some use in a PC build. Some of which will form the backbone of the Combat-Helo campaign. One day I hope to merge the big war game with the Apache simulation and revisit the forgotten Fulda Gap scenario. 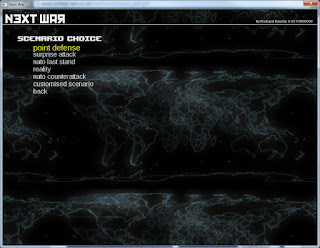 NATO vs Warsaw Pact at the Fulda Gap

Even my own attempt at producing a self-indulgent comic based on our exploits in the Star Wars Galaxies MMO...(PDF dug out of the old SONY Online game forums). 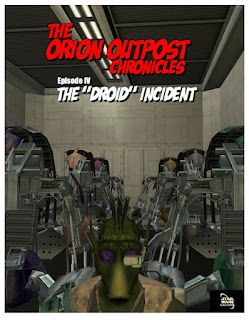 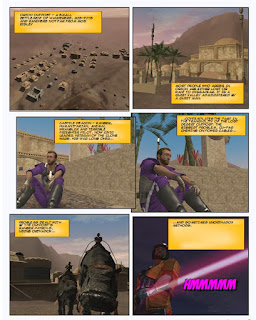 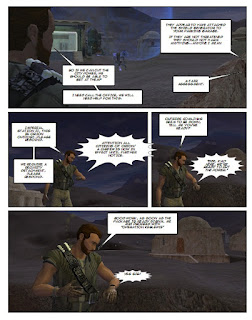 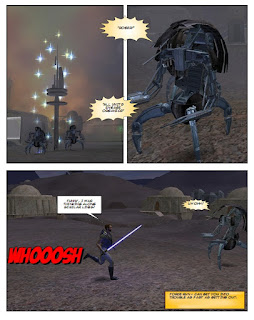 Even though the game will soon have the plug pulled the footprints we leave behind in the digital space will live on...for a bit.

Anyway back to work.