Having completed a hard-coded rendering pipeline for one single shader, I am now working to create a more flexible system that can handle multiple material and shader definitions. If there's one way I can describe Vulkan, it's "take every single possible OpenGL setting, put it into a structure, and create an immutable cached object based on those settings that you can then use and reuse". This design is pretty rigid, but it's one of the reasons Vulkan is giving us an 80% performance increase over OpenGL. Something as simple as disabling backface culling requires recreation of the entire graphics pipeline, and I think this option is going away. The only thing we use it for is the underside of tree branches and fronds, so that light appears to shine through them, but that is not really correct lighting. If you shine a flashlight on the underside of the palm frond it won't brighten the surface if we are just showing the result of the backface lighting. 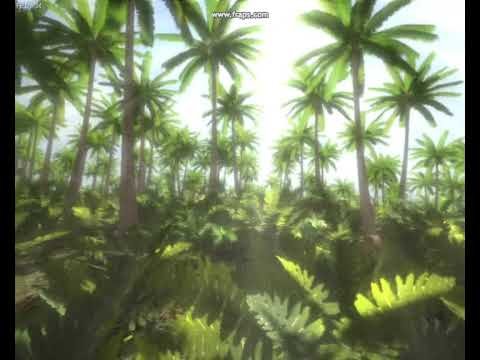 A more correct way to do this would be to calculate the lighting for the surface normal, and for the reverse vector, and then add the results together for the final color. In order to give the geometry faces for both direction, a plugin could be added that adds reverse triangles for all the faces of a selected part of the model in the model editor. At first the design of Vulkan feels restrictive, but I also appreciate the fact that it has a design goal other than "let's just do what feels good".

Using indirect drawing in Vulkan, we can create batches of batches, sorted by shader. This feature is also available in OpenGL, and in fact is used in our vegetation rendering system. Of course the code for all this is quite complex. Draw commands, instance IDs, material IDs, entity 4x4 matrices, and material data all has to be uploaded to the GPU in memory buffers, some of which are more or less static, and some of which are updated each frame, and some for each new visibility set. It is complicated stuff, but after some time I was able to get it working. The screenshot below shows a scene with five unique objects being drawn in one single draw call, and accessing two different materials with different diffuse colors. That means an entire complex scene like The Zone will be rendered in one or just a few passes, with the GPU treating all geometry as if it was a single collapsed object, even as different objects are hidden and shown. Everyone knows that instanced rendering is faster than unique objects, but at some point the number of batches can get high enough to be a bottleneck. Indirect rendering batches the batches to eliminate this slowdown. 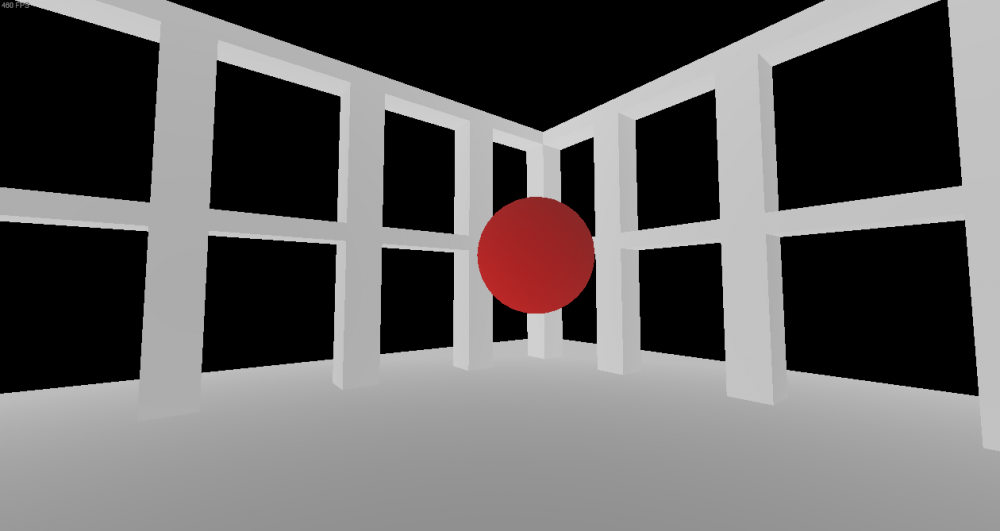 This is one of the features that will help our new renderer run an order of magnitude faster, for high-performance VR and regular 3D games.