So I just stayed up until 3:00 AM trying to export a model of a monster from Blender to Leadwerks, but every time I do this, my monster's legs took like this: 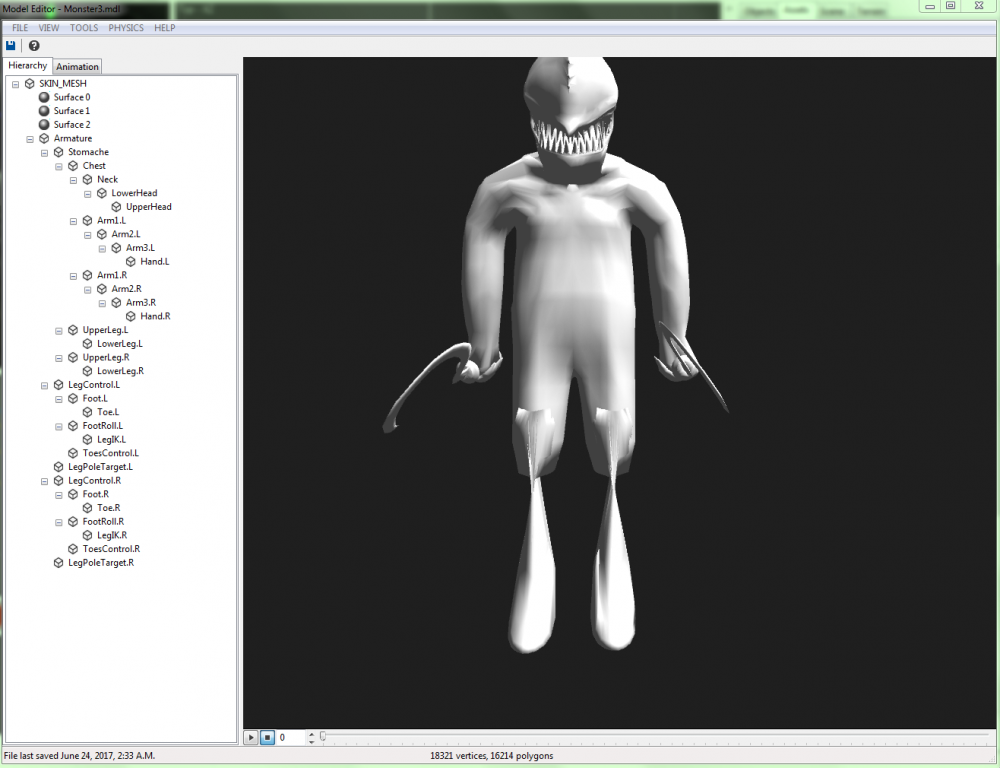 In Blender, the monster looks fine (his name is Franklin), but here, it looks like the lower leg bone is flipped upside down and inversed. I also exported it without any Armature to make sure that the bones were causing the problem, and they were. The cause of this is probably this weird IK system on his legs that I copied off of a YouTube video (Just search Blender Character Creation and click the first thing that pops up), but I used the same thing on other monsters I have made and I have never had this problem. So I just spent about three hours messing around with a bunch of settings in Blender trying to fix it, and now I'm tired and wanted to know if anyone here had any suggestions.

2 answers to this question