I have uploaded a new version containing save games and some improvements regarding restarting a level, going to back menus etc.

Every time you finish a level, a property is set to keep track of the levels you finished. Only downside when using the launcher is that this will only get set, when the game is closed. So when you finish 4 levels, it will not become clear you finished these levels until after you have restarted the game. But still a pretty nice feature to have. 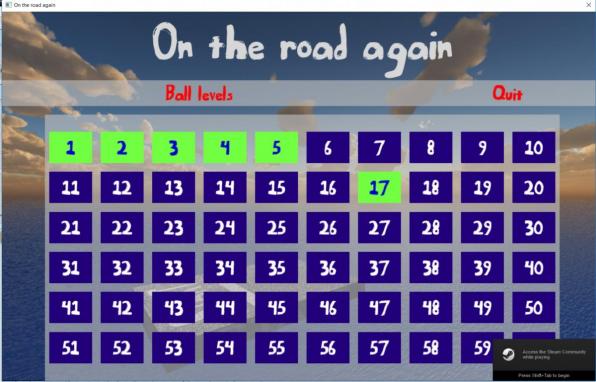 The level generation has been altered for the first time since the first blog. Nothing too complicated though, just a different seed when using a car or ball (One variable is called ballSeed ha). The tracks also now have a weighted percentage added to them, meaning that some track segments have a little less chance to get picked over others.

The ball, just like the car, now has a corpse everytime you reset the level. Corpses of the car and the ball are now removed when going back to main menu to prevent cluttering up the game world. 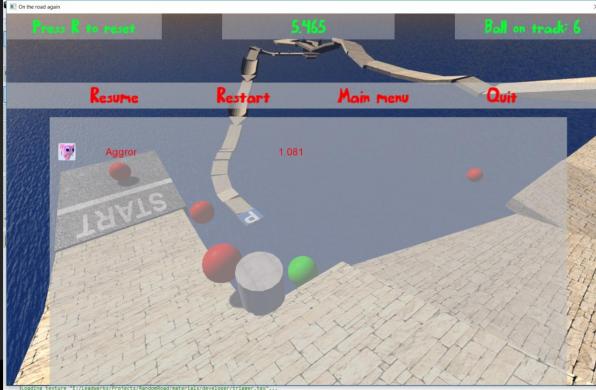 Sound has been added, but they are ogg files. So for now, you wont hear anything yet in the game launcher.

The car physics are driving me crazy (no pun intended). I got a reasonable/playable result but it is not entirely there yet. Ah well, it will do for the tournament. Everytime I get a combination of decent properties, there is always something wrong. Either, accelaration, steering, jumpiness, crash sensitivity (

) or rolling over with the slightest road curve. I think I have spend more time on the cart, than on everything else combined. Maybe I will give it one last go this week and otherwise I will have to revert back to the basic car.

Only 1 more week to go everyone! Good luck.