I have it worked out now where the new engine will handle multiple shaders. The renderer groups meshes (renamed from "surfaces" in Leadwerks) by shader. A single draw call renders many batches of instances, with different materials applied. It's a very advanced and complex system, so something that was simple before, changing the shader, now requires a lot of code to make work! You can see here the barbed wire is using an alpha-discard shader that removes pixels while the rest of the scene uses the normal default shader. 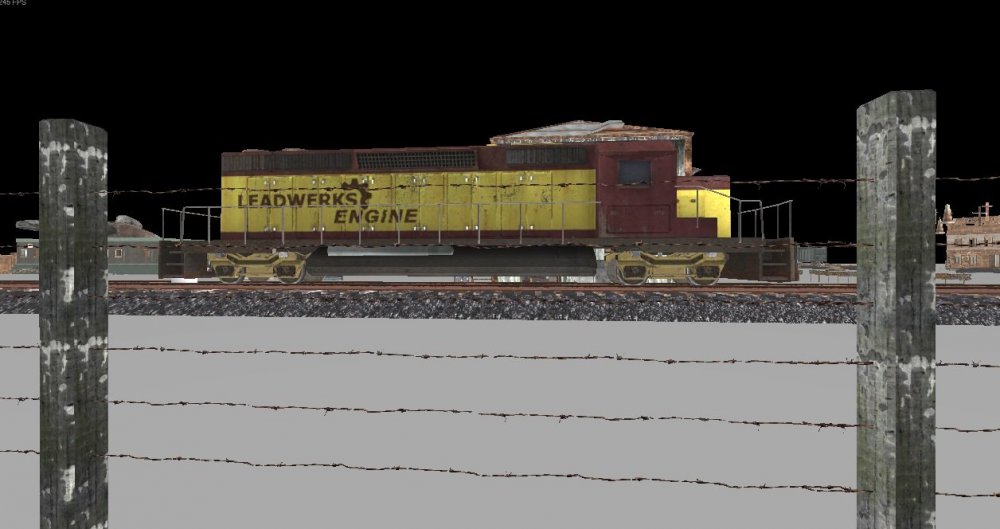 A new material file format will be implemented using the JSON data format. To indicate a shader in an existing Leadwerks material file for the new engine you can add a line of code like this to the file:

This will make it so the new engine can load the new shader, while the old engine will still see the old shader, in case you are using this in Leadwerks Editor.

Although this new system took a mountain of code to get working, I am starting to feel the tremendous power it offers. The Zone is now rendering 10x faster than it does in Leadwerks.