Crowdfunding campaigns are a great way to kick off marketing for a game or product, with several benefits.

Oh yeah, there's also the financial aspect, but that's actually the least important part. If you make $10,000 in crowdfunding, you can leverage that campaign to make far more than that amount in sales of your final product. I did over a million dollars in sales on Steam starting with a $40,000 Kickstarter project.

There are two types of crowdfunding projects. The first is something you don't really want to do unless you get paid enough to make it worthwhile. For this type of project you should set a goal for the minimum amount of money you would be able to finish the project for. There is more uncertainty with this type of campaign, but if you don't meet your goal you don't have to deliver anything. Failing early can be a good thing, because there's nothing worse than building a product and having nobody buy it. With the successful Leadwerks for Linux Kickstarter campaign, people were asking for Linux support and I said "Okay, put your money where your mouth is" and they did.

The second type of project is something you would probably do anyways, and a crowdfunding campaign just gives you a way to test demand and make some extra cash early. For this type of project you should set a relatively low goal, something you think you can earn quickly. If your campaign fails, that puts you in an awkward position because then you have to either cancel the project or admit you didn't actually need the money. A successful campaign does put you on the hook with a delivery date and a firm description of the product, so make sure your goals are realistic and attainable within your planned time frame.

For a campaign to be successful you need to prepare. Don't just kick off a campaign without having an existing fanbase. You need to build an email list of people interested in your project before the campaign starts. But if you haven't done that yet, there is another way...

With my crowdfunding campaign for the new engine coming up in October, there is an opportunity for others to latch on to the success of the upcoming campaign. I have an extensive email list I don't use very often, and my more formal blog articles regularly get 20,000+ views. Plus I now have some reach on Steam, and a lot more customers than back in 2013. I expect my campaign will hit its target goal within the first few days. Once my goal is reached, it would be easy for me to post an announcement saying "Oh hey, check out these other projects built with my technology" and add links on my project page. Your project could link back to mine and to others, and we can create a network of projects utilizing the new game engine technology. I think my new campaign will be very successful, and jumping onto that will probably give you a better result than you would get otherwise.

Another thing to consider is that with the new ray-tracing technology, even simple scenes look incredible. I think there is a temporary window of opportunity where games that utilize this type of technology will stand out and automatically get more attention because the graphics look so dramatically better. My final results will make your game look like the shot from Minecraft RTX below, but the voxel method I am using will run fast on all hardware: 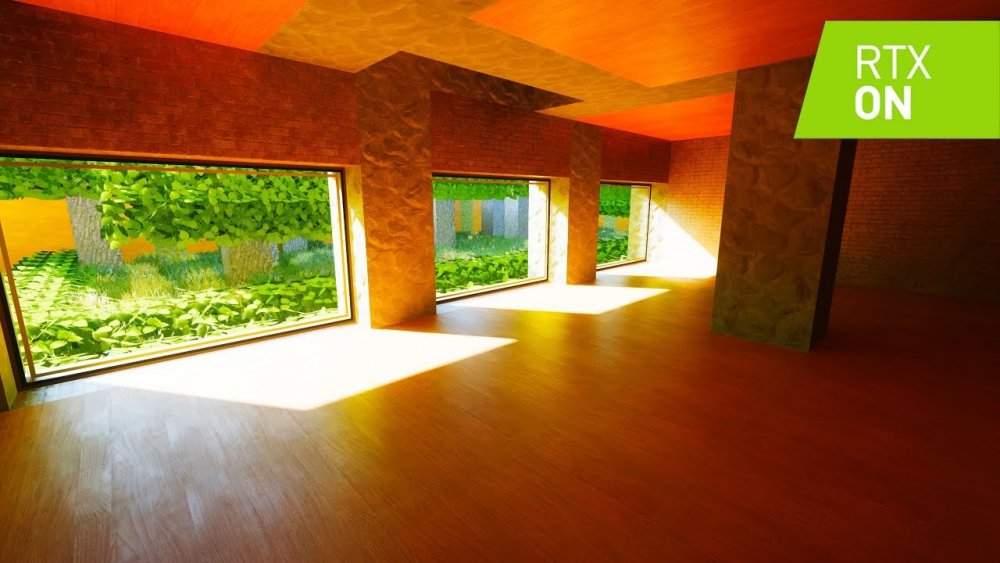 So if you have a game project made with the new engine, or something that would look good in the new engine, there is an opportunity to piggyback your crowdfunding campaign off of mine. What makes a good game pitch? Demonstrating gameplay, having a playable demo, a track record of past published games, and gameplay videos all make a much better case than pages of bullet points. (I like animated GIFs because they show a lot more than a static screenshot but they are dead simple and fun.) You need to inspire the audience to believe in your concept, and for them to believe in your ability to deliver. So put your best foot forward!