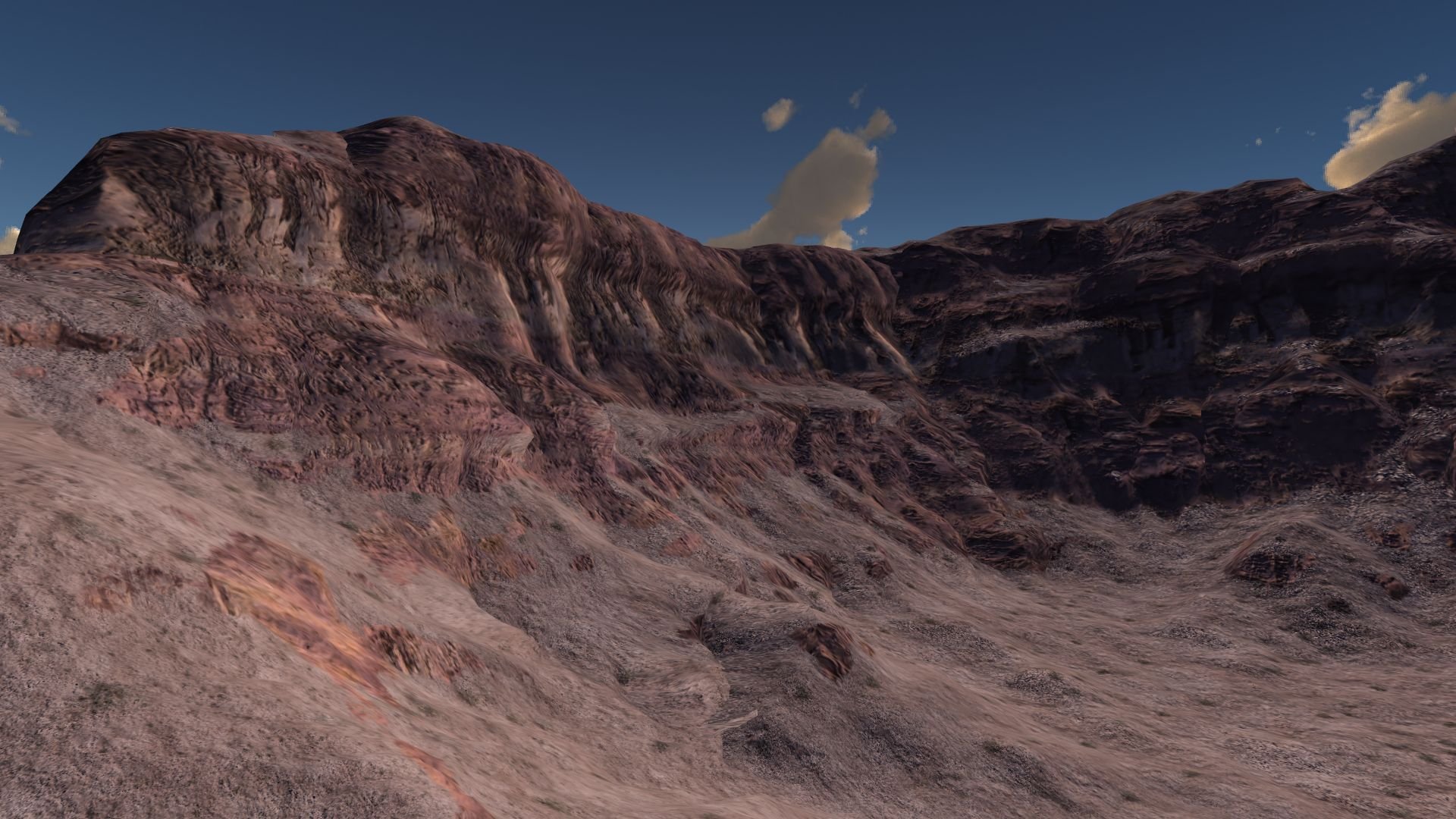 An often-requested feature for terrain building commands in Leadwerks 5 is being implemented. Here is my script to create a terrain. This creates a 256 x 256 terrain with one terrain point every meter, and a maximum height of +/- 50 meters: --Create terrain local terrain = CreateTerrain(world,256,256) terrain:SetScale(256,100,256) Here is what it looks like: A single material layer is then added to the terrain. --Add a material layer local mtl = LoadMaterial("Materials/Dirt 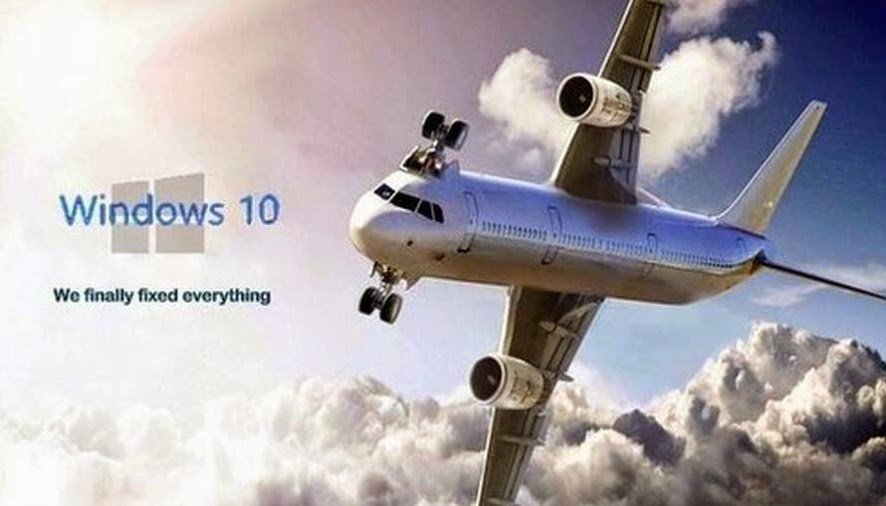 How to Fix Slow Windows 10 (this week)

Here are some things I did in the last couple days to fix a computer that was basically unusable. It seems that Superfetch was rebranded to "SysMain" in an update and automatically re-enabled. If your computer is grinding away either the CPU or disk usage while doing nothing, this is the culprit. Disable it in Windows services. The XBox games bar is suspect. I recommend disabling it now that FRAPS supports Vulkan. Some features in Visual Studio are making it unusably slow. In 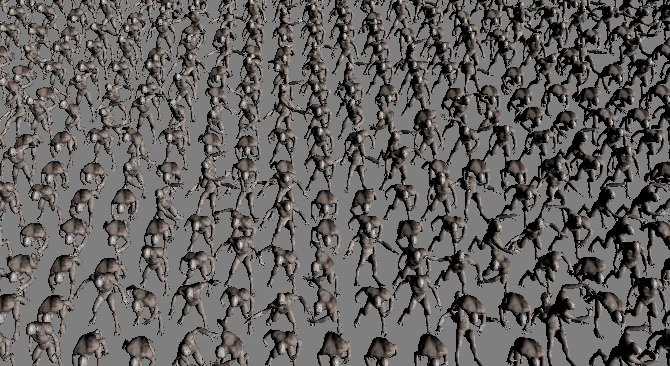 Animation speed in Vulkan vs. OpenGL

I created a test of 1000 animated crawler models to see how the performance of Vulkan stacks up against our older OpenGL renderer. Here it is in OpenGL running at 37 FPS, which is pretty respectable considering how many animations are playing (and about 4 million polygons). With Vulkan the same test yields a framerate of 66 FPS, 78% faster than the OpenGL version. Here is a video of the characters animating. Each skeleton is its own unique animation system, there are no sha 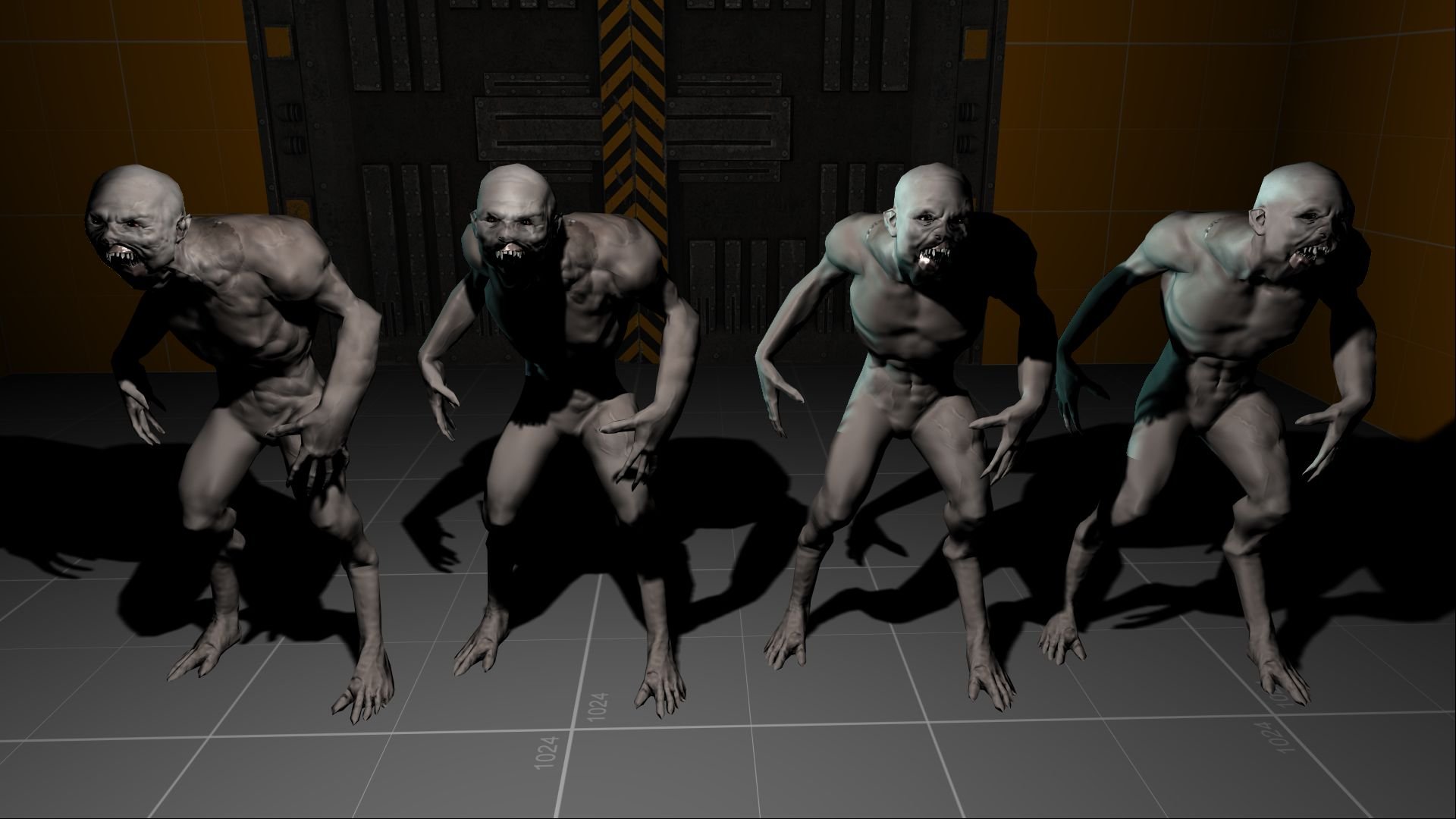 It's been nearly a year since I made the decision to port our OpenGL renderer over to Vulkan, and it has been very difficult work, but we are getting back up to speed. I was able to get skinned animation working for the first time in Vulkan yesterday, using a slightly modified version of our original animation shader code. The system works exactly the same as in Leadwerks 4, with a few differences: Animation features are confined to the Model class only, and are no longer

Analytics is a feature I have long thought was a good candidate to be moved into a plugin. It is an optional features that only some users care about. It imports some pretty big third-party libraries into the engine. It requires an extra DLL be distributed with your game. It's a totally self-contained features that is easy to separate out from the rest of the engine. I have uploaded my code for Analytics in Leadwerks here as a new empty Visual Studio project:

The addition of our plugin system makes the engine feel different. There is a stronger distinction between core and non-essential functionality. I removed a lot of third-party libraries from the project and am just focusing on graphics, physics, pathfinding, and other features that are core to the functioning of your game. Things like file importers terrain generation, etc. can be stored away in self-contained optional plugins, or can be part of the editor project, and do not need to reside in t 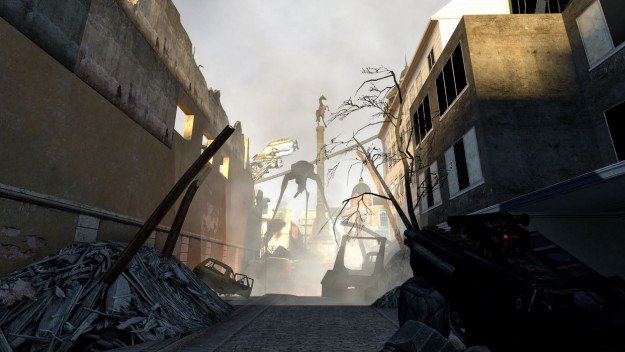 Leadwerks 4 supports compressed and encrypted game files in ZIP format, but there are many different custom package formats different games use. The plugin system in Leadwerks 5 allows us to create importers for these different package formats so we can access content directly from commercial games you have installed on your computer. The example below shows how to load a VTF texture from the game Half-Life 2 directly from the game's install files. First we need to load some plugins to deal

I've restructured the plugin SDK for our new engine and created a new repository on Github here: https://github.com/Leadwerks/PluginSDK The GMF2 format will only be used as an internal data transfer protocol for model loader plugins. Our main supported file format will be GLTF. As of now, the plugin system can be used to write texture loaders for different file formats, model loaders, or to modify behavior of particles in the new particle system. The FreeImage texture loader has been

The Leadwerks 5 beta will soon be updated with particle emitters and an example particle system plugin. Previously, I showed some impressive results with physically interactive particles that collide with and exert forces on the environment. I decided to use the plugin system for controlling particle behavior, as this offers the best performance and can be run on the physics thread.  A particle system plugin uses some predefined structures and functions to modify the behavior of particles w

I made some changes to the design of the particle system. I am less concerned with the exact behavior of particles as they move around and move interested right now in building a system with good performance and deep physics interactions. Although I want particle behavior to be customizable, I don't think scripts are the right tool for the job. C++ plugins are better suited for this for two reasons. C++ is much faster, and particles are a system that will make heavy use of that. L 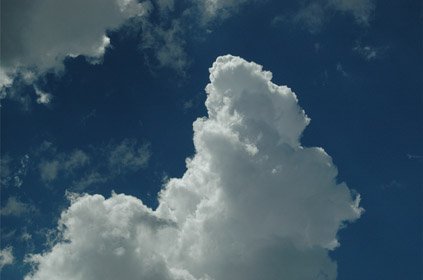 I wanted to work on something a bit different, and this sure is different. I've got a framework of a new particle system worked out. What's really special about this system is the amount of interactivity the particles will allow. Particle-world collisions. Particle-particle collisions (repulsion) Particle-particle cohesion (fluids with surface tension) Instead of just being a visual effect, I want our new particles to be fully interactive with physics so that particl

Premake is multiplication project maker.Unlike CMake, it simply generates a project file for the given IDE giving you a clean result. You only need the one light weight executable and a lua script for this to work.  I've spent today setting it up with Leadwerks. I haven't tested Linux yet, but it should work. My premake5.lua file: g_LeadwerksHeaderPath = "./Engine/Include" g_LeadwerksLibPath = "./Engine/Libs" function GlobalSettings() -- Include Directories includedirs { "%{prj.na

Putting all the pieces together, I was able to create a GUI with a sprite layer, attach it to a camera with a texture buffer render target, and render the GUI onto a texture applied to a 3D surface. Then I used the picked UV coords to convert to mouse coordinates and send user events to the GUI. Here is the result: This can be used for GUIs rendered onto surfaces in your game, or for a user interface that can be interacted with in VR. This example will be included in the next beta upd 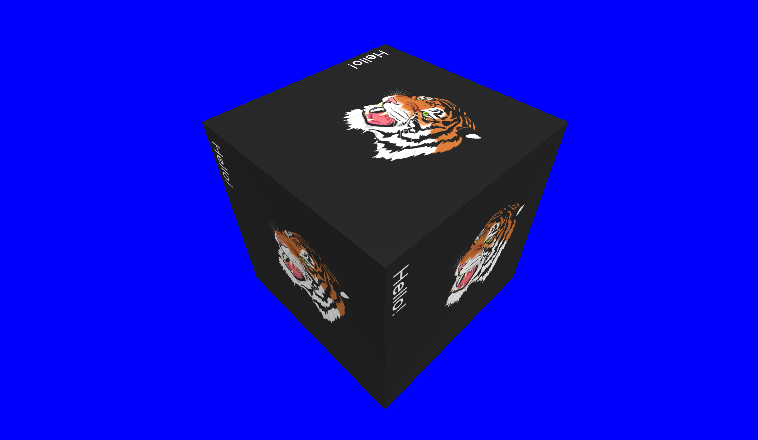 I have been working on 2D rendering off and on since October. Why am I putting so much effort into something that was fairly simple in Leadwerks 4? I have been designing a system in anticipation of some features I want to see in the GUI, namely VR support and in-game 3D user interfaces. These are both accomplished with 2D drawing performed on a texture. Our system of sprite layers, cameras, and sprites was necessary in order to provide enough control to accomplish this. I now have 2D drawin

In Leadwerks 4, render-to-texture was accomplished with the SetRenderTarget command, which allowed a camera to draw directly to a specified texture, while hiding the underlying framebuffer object (FBO). In the new engine we have a bit more explicit handling of this behavior. This is largely in part due to the use of Vulkan's bindless design, which greatly improves the context-binding design of OpenGL. The Leadwerks "Buffer" class was never documented or officially supported because the underlyin

[Example] Pulse text , and some thoughts

2019 was slow year  for my gamedev hobby. Forth community project really has some good original content, i will make sure it gets released in a form or another. Still working on my game when i find the time.   Lurking around and reading about leadwerks 5  progress heh, go Josh! Maybe we get another tournament after Le5 is release Somehow the tournament gives good motivation to make games. Cheers to everyone and a good new year.   Some pulsating text examp 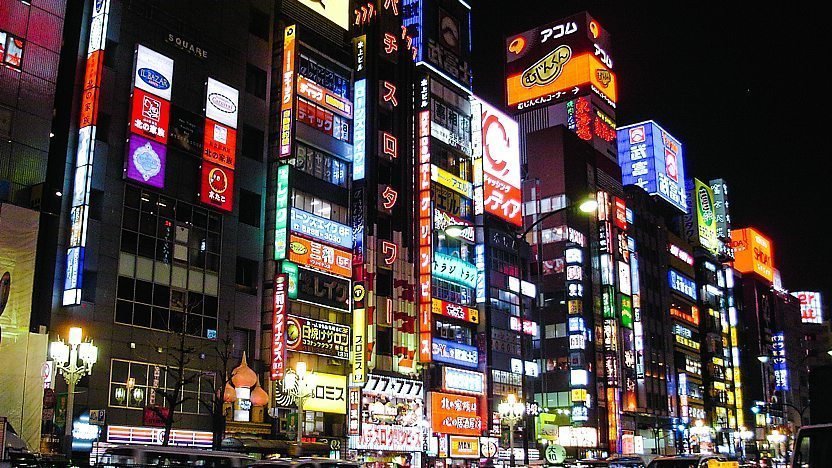 The Future is Here

It's 2020, and we are officially now living in the future. I predict a 1980s  neon / Cyberpunk will start to manifest in real life as the number of this decade starts to imprint on peoples' minds. In fact, it has already begun. Tesla will be remembered as the start of this trend. I am happy with this direction because pretty much all entertainment and style has sucked since the late 1990s. Installing some microchip neural enhancement implants is a small price to pay in order to g

The GUIBlock structure now has an iVec4 "clipregion" member. This allows you to set a clipping region around a block to prevent it from drawing outside the region. The region will automatically be shrunk to show only the visible area of the widget, within the visible area of its parent. The purpose of this is to prevent text from overflowing outside of the widget. I found this necessary because the multi-line text area widget involves the dynamic creation of different persistent 2D elements, and

An update is available for Leadwerks Game Engine 5 beta. The GUI system is now working with support for the following items: Panel Button Tabber Label Hyperlink Text field (editable, single line) Text area (multiline, read-only, allows text selection) The GUI scripts use a system of "blocks". You can add a solid rectangle, a wire rectangle, (both support rounded corners) or a text block. The drawing hierarchy is not yet respected, so 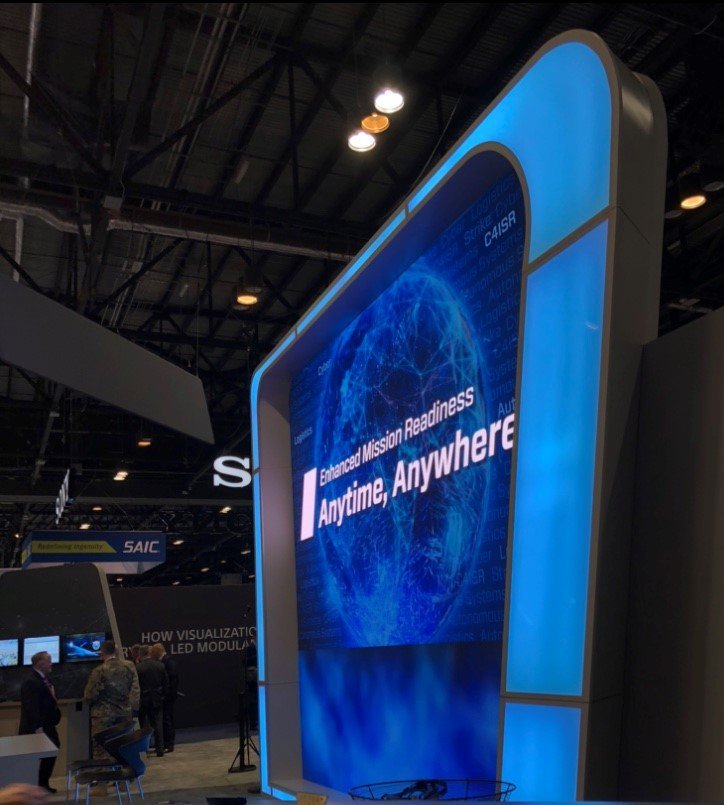 I'm back from I/ITSEC. This conference is basically like the military's version of GDC. VR applications built with Leadwerks took up about half of Northrop Grumman's booth. There were many interesting discussions about new technology and I received a very warm reception. I feel very positive about our new technology going forward. I am currently reworking the text field widget script to work with our persistent 2D objects. This is long and boring but needs to be done. Not much else to

Here are some screenshots showing more complex interface items scaled at different resolutions. First, here is the interface at 100% scaling: And here is the same interface at the same screen resolution, with the DPI scaling turned up to 150%: The code to control this is sort of complex, and I don't care. GUI resolution independence is a complicated thing, so the goal should be to create a system that does what it is supposed to do reliably, not to make complicated things s