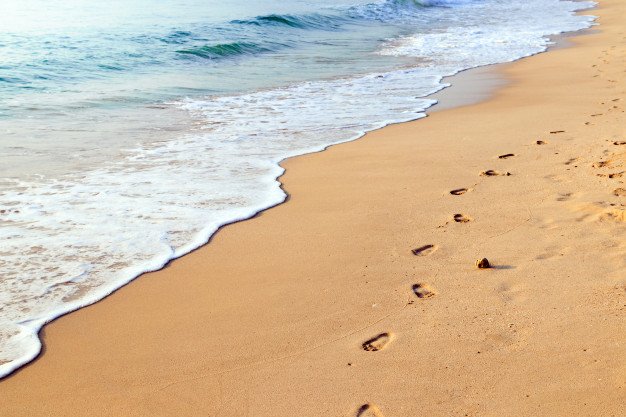 Still a lot of things left to do. Now that I have very large-scale rendering working, people want to fill it up with very big terrains. A special system will be required to handle this, which adds another layer to the terrain system. Also, I want to resume work on the voxel GI system, as I feel these results are much better than the performance penalty of ray-tracing. There are a few odds and ends like AI navigation and cascaded shadow maps to finish up. I am planning to have the engine mor

I spent a whole week for learning UE4 with cpp, yep, UE4 is a great engine for sure, but I found out that my mind could not understand the way UE4 works easily. It is too complex and made me tired. Then I returned to my Leadwerks project and felt so familiar. Soooo... sweet, everything is simple as it is It felt like I have had a long trip to UE city then return to my hometown. I miss Leadwerks indeed. Last year, I thought I could only use Leadwerks with LUA and never touch its CPP sid

A new build is available on the beta branch on Steam. Updated to Visual Studio 2019. Updated to latest version of OpenVR and Steamworks SDK. Fixed object tracking with seated VR mode. Note that the way seated VR works now is a little different, you need to use the VR orientation instead of just positioning the camera (see below). Added VR:SetRotation() so you can rotate the world around in VR. The VRPlayer script has rotation added to the left controller. Pres

A huge update is available for Turbo Engine Beta. Hardware tessellation adds geometric detail to your models and smooths out sharp corners. The new terrain system is live, with fast performance, displacement, and support for up to 255 material layers. Plugins are now working, with sample code for loading MD3 models and VTF textures. Shader families eliminate the need to specify a lot of different shaders in a material file. Support for multiple monitors and be 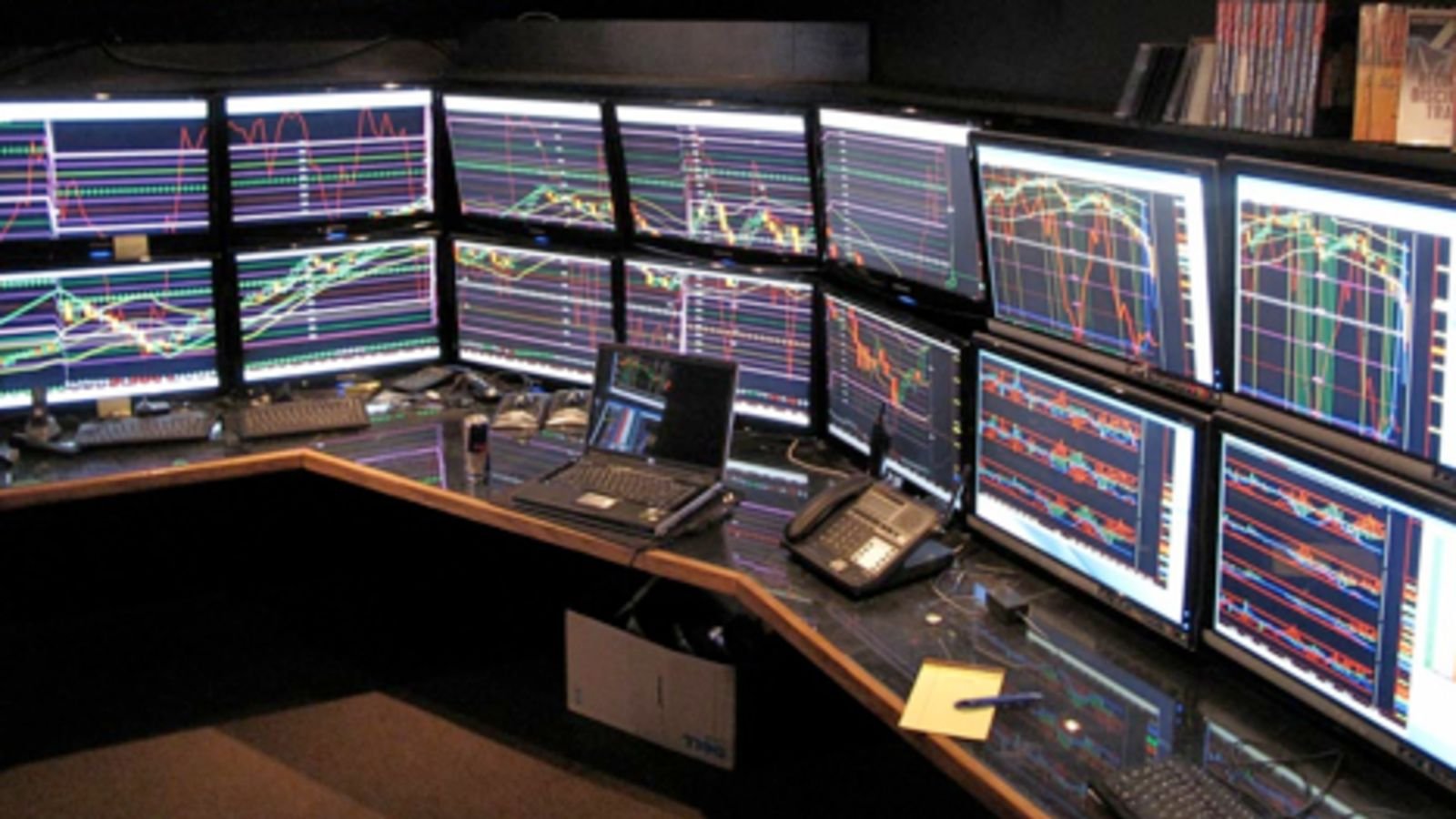 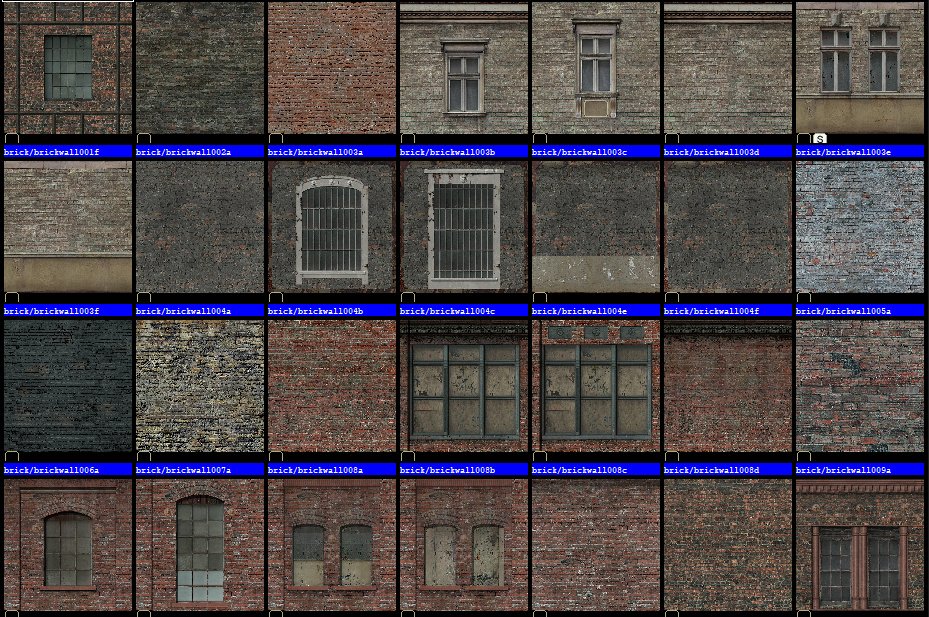 Texture loading plugins allow us to move some big libraries like FreeImage into separate optional plugins, and it also allows you to write plugins to load new texture and image formats. To demonstrate the feature, I have added a working VTF plugin to the GMF2 SDK. This plugin will load Valve texture files used in Source Engine games like Half-Life 2 and Portal. Here are the results, showing a texture loaded directly from VTF format and also displayed in Nem’s nifty VTFEdit tool. 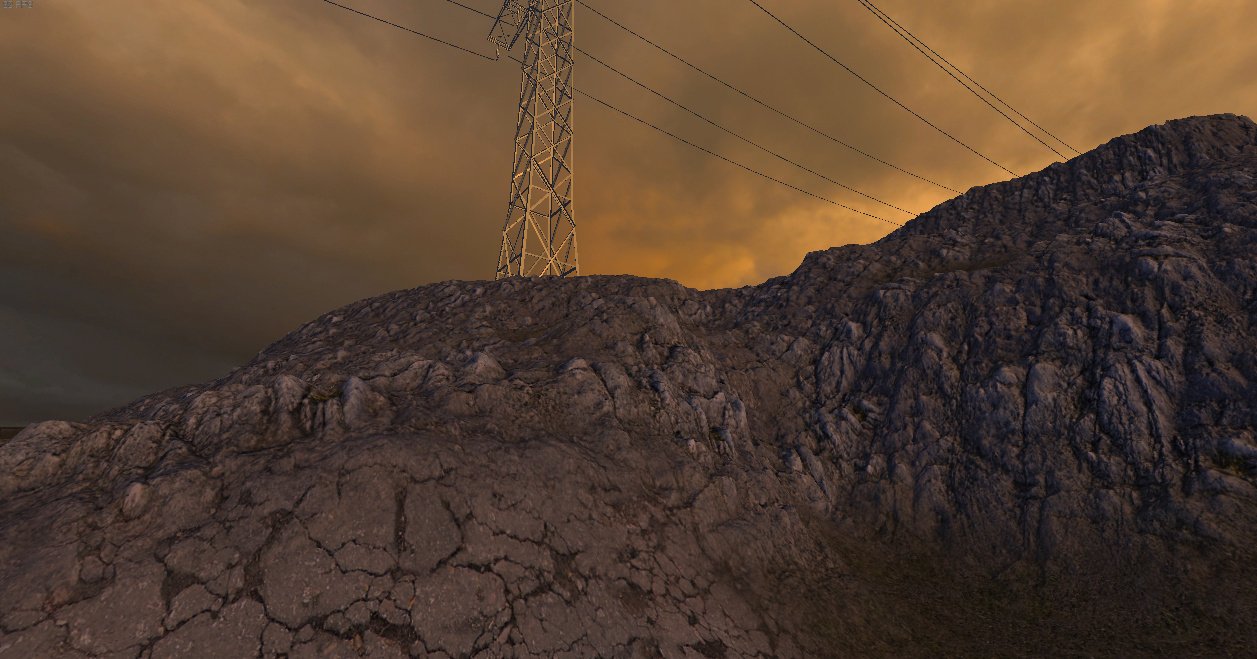 I wanted to work on something a bit easier before going back into voxel ray tracing, which is another difficult problem. "Something easier" was terrain, and it ended up consuming the entire month of August, but I think you will agree it was worthwhile. In Leadwerks Game Engine, I used clipmaps to pre-render the terrain around the camera to a series of cascading textures. You can read about the implementation here: This worked very well with the hardware we had available at the time, b

Multithreading is very useful for processes that can be split into a lot of parallel parts, like image and video processing. I wanted to speed up the normal updating for the new terrain system so I added a new thread creation function that accepts any function as the input, so I can use std::bind with it, the same way I have been easily using this to send instructions in between threads: shared_ptr<Thread> CreateThread(std::function<void()> instruction); The terrain update nor

The GMF2 data format gives us fine control to enable fast load times. Vertex and indice data is stored in the exact same format the GPU uses so everything is read straight into video memory. There are some other optimizations I have wanted to make for a long time, and our use of big CAD models makes this a perfect time to implement these improvements. Precomputed BSP Trees For raycast (pick) operations, a BSP structure needs to be constructed from the mesh data. In Leadwerks Engine thi 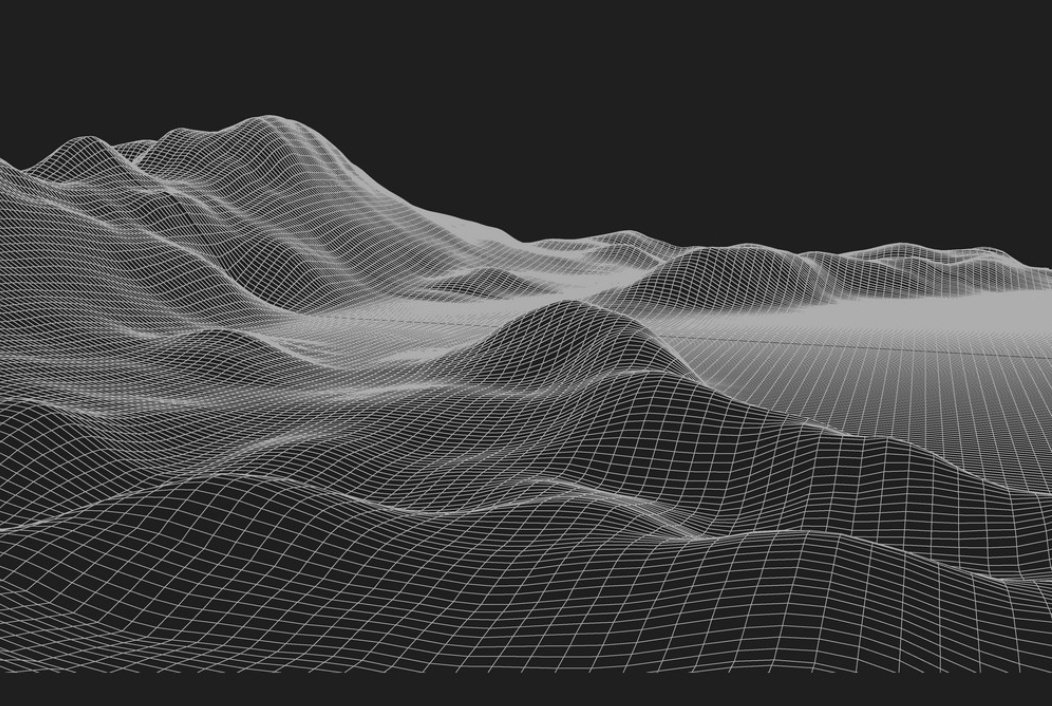 The GMF2 SDK has been updated with tangents and bounds calculation, object colors, and save-to-file functionality. The GMF2 SDK is a lightweight engine-agnostic open-source toolkit for loading and saving of game models. The GMF2 format can work as a standalone file format or simply as a data format for import and export plugins. This gives us a protocol we can pull model data into and export model data from, and a format that loads large data much faster than alternative file formats.

So I've been researching snowboarding lately to get an idea of what animations and mechanics I need to create for my game.  I have learned lots of interesting things since I've only seen snow once or twice in my entire life and have never even tried snowboarding or any other board sports (skateboarding, surfing, etc.) for that matter.   Snowboarding tricks are quite interesting as they are mostly derived from skateboarding.  Snowboarding tricks pay homage to their equivalent skating tr

How to use gmax

Not a lot of people know about this, but back in 2001 Discreet (before the company was purchased by Autodesk) released a free version of 3ds max for modding games. Back then game file formats and tools were much more highly specialized than today, so each game required a "game pack" to customize the gmax interface to support that game. I think the idea was to charge the game developer money to add support for their game. Gmax supported several titles including Quake 3 Arena and Microsoft Flight 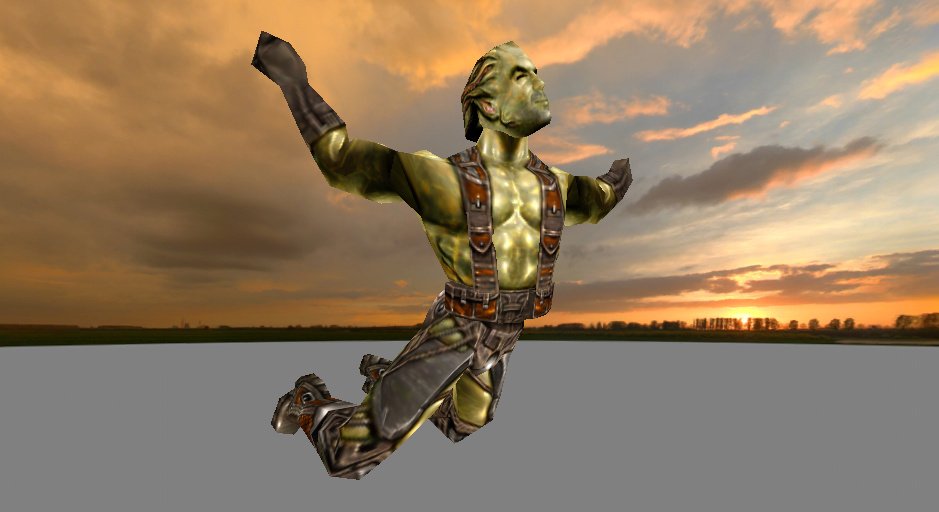 I wanted to get a working example of the plugin system together. One thing led to another, and...well, this is going to be a very different blog. GMF2 The first thing I had to do is figure out a way for plugins to communicate with the main program. I considered using a structure they both share in memory, but those always inevitably get out of sync when either the structure changes or there is a small difference between the compilers used for the program and DLL. This scared me so I we

I started to implement quads for tessellation, and at that point the shader system reached the point of being unmanageable. Rendering an object to a shadow map and to a color buffer are two different processes that require two different shaders. Turbo introduces an early Z-pass which can use another shader, and if variance shadow maps are not in use this can be a different shader from the shadow shader. Rendering with tessellation requires another set of shaders, with one different set for each 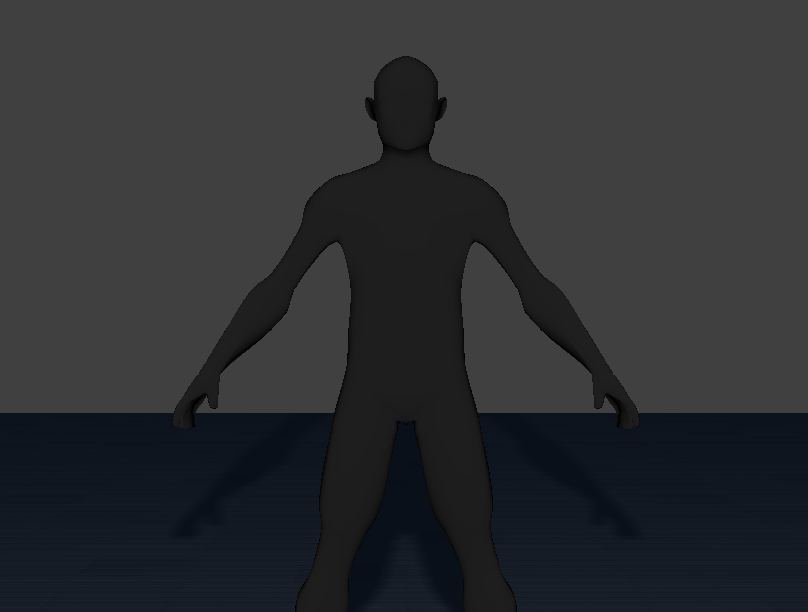 With tessellation now fully implemented, I was very curious to see how it would perform when applied to arbitrary models. With tessellation, vertices act like control points for a Bezier mesh that is subdivided dynamically in screen space. Could tessellation be used to add new details to any low-poly model? Here is a low-res character model with a pointy head and obvious sharp edges all around his silhouette: When tessellation is enabled, the sharp edges go away and the mes 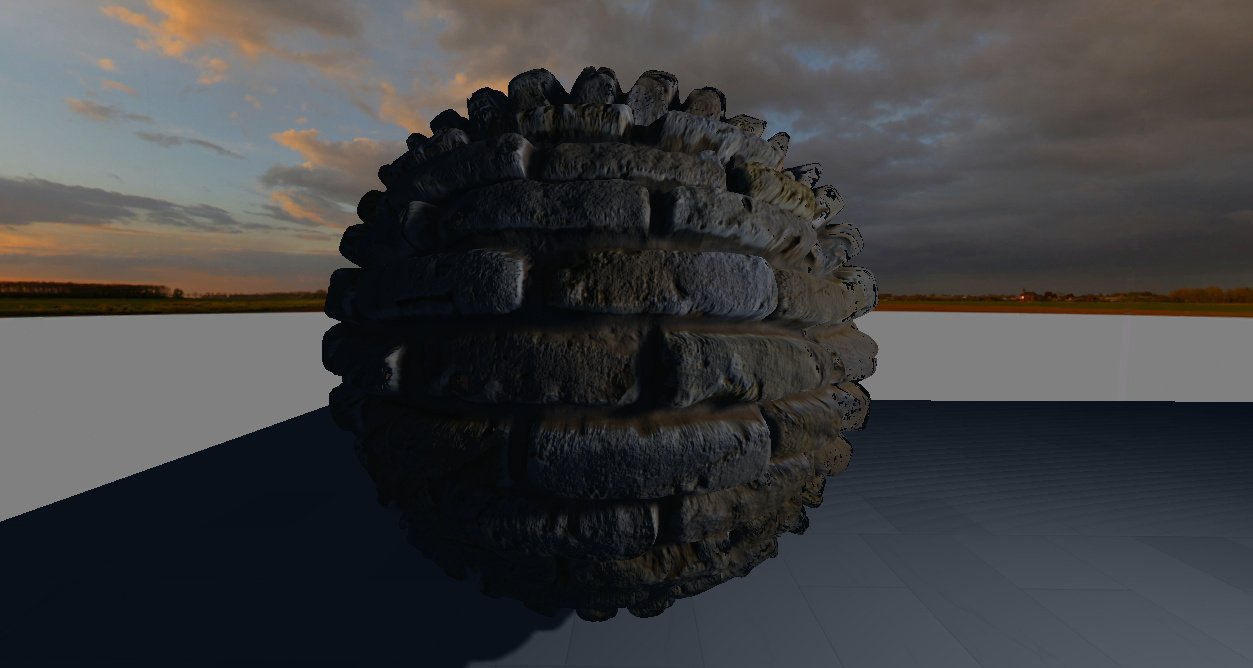 Previously I talked about the technical details of hardware tessellation and what it took to make it truly useful. In this article I will talk about some of the implications of this feature and the more advanced ramifications of baking tessellation into Turbo Game Engine as a first-class feature in the  Although hardware tessellation has been around for a few years, we don't see it used in games that often. There are two big problems that need to be overcome. We need a way to preven 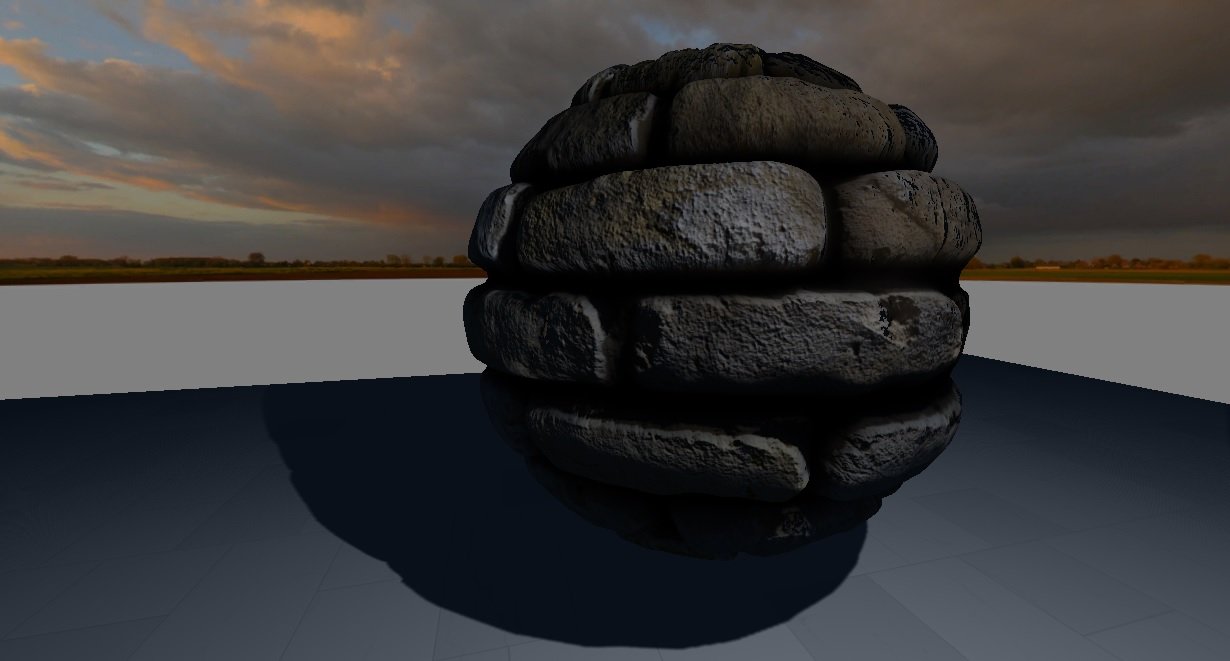 Now that I have all the Vulkan knowledge I need, and most work is being done with GLSL shader code, development is moving faster. Before starting voxel ray tracing, another hard problem, I decided to work one some *relatively* easier things for a few days. I want tessellation to be an every day feature in the new engine, so I decided to work out a useful implementation of it. While there are a ton of examples out there showing how to split a triangle up into smaller triangles, useful discus 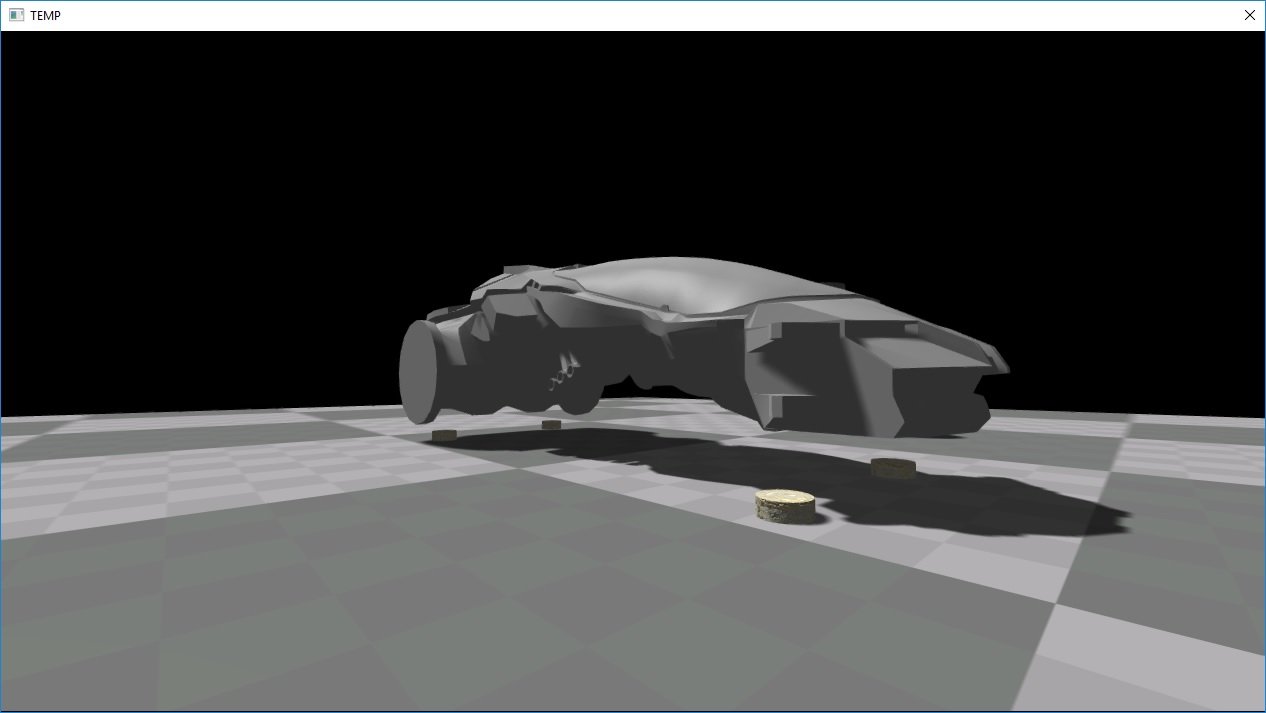 There is always something new to learn, and when my native language is not English, there is a way of learning called brute force, this leads to two things, first, you learn, and second a high percentage is learning to do things wrong, of course not always. Today I had a kind of Eureka, I actually discovered how to properly implement the sliding joints to create springs for a vehicle, the point here is to get to understand how this should work and I think I've achieved it. In the end I'm le 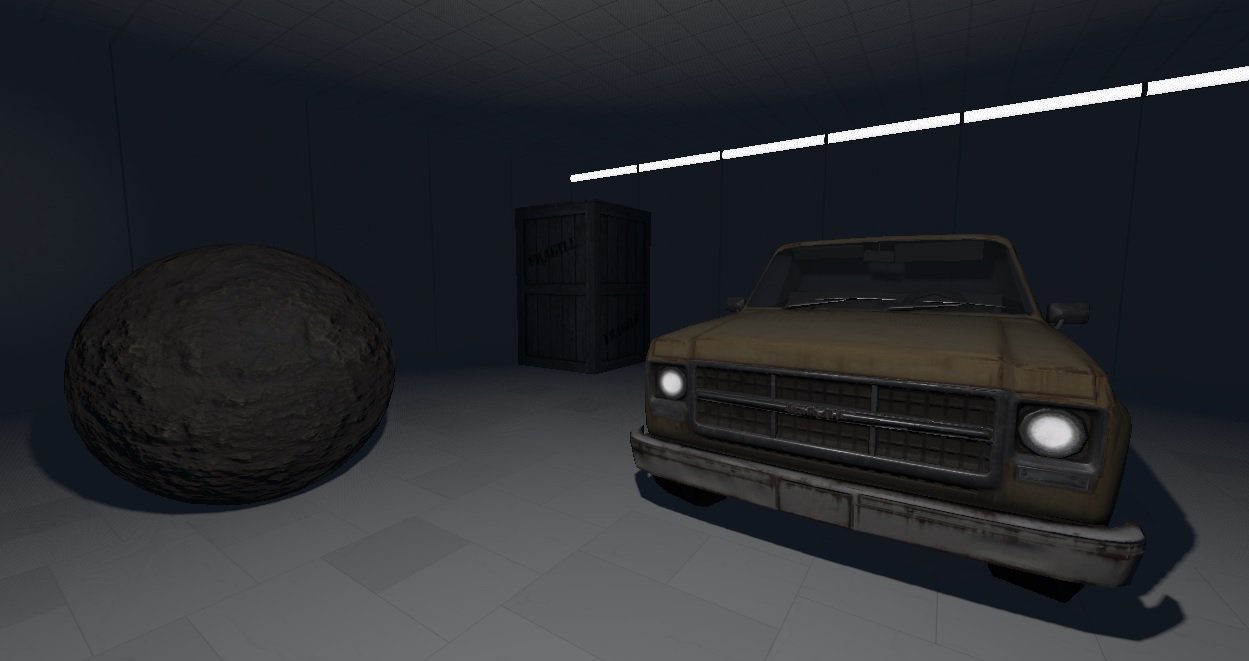 Shadow maps are now supported in the new Vulkan renderer, for point, spot, and box lights! Our new forward renderer eliminates all the problems that deferred renderers have with transparency, so shadows and lighting works great with transparent surfaces. Transparent objects even receive lighting from their back face automatically! There is some shadow acne, which I am not going to leave alone right now because I want to try some ideas to eliminate it completely, so you neve

I'm still spending hours of tests, changing and seeking properties to obtain the best balanced car driving experience possible. It's something between the mass used, the joints values, and the smoothing force.  This until now the best I get with a car, which is even performing a salto jump at 2.30 and other somersault crashing at 3.15 The FPS are nice, I'm happy with this.