A new beta is available with the following changes: Script prefixes are now changed to lowercase entity:Update(), entity:Start(), etc., as well as widget:Draw(), etc. This is because Entity() and Widget() are going to be functions to cast an object to that type. Sprites are now created on a sprite layer object. A sprite layer is created in a world and added to a camera. This allows control over what camera sees what set of sprites. See the examples for details. GUI system i

I did a little experiment with FPS Creator Pack #75 by upsampling the images with Gigapixel, which uses deep learning to upsample images and infer details that don't appear in the original pixels. The AI neural network does a pretty impressive job, generating results that are look better than a simple sharpen filter: I doubled the size of the textures to 1024x1024. Then I generated normal maps from the high-res images using AMD's TGA to DOT3 tool, and saved the normal maps with BC5 DDS compressi

DPI scaling and the 2D drawing and GUI system were an issue I was a bit concerned about, but I think I have it worked out. This all goes back to the multi-monitor support that I designed back in September. Part of that system allows you to retrieve the DPI scale for each display. This gives you another piece of information in addition to the raw screen resolution. The display scale gives you a percentage value the user expects to see vector graphics at, with 100% being what you would expect with 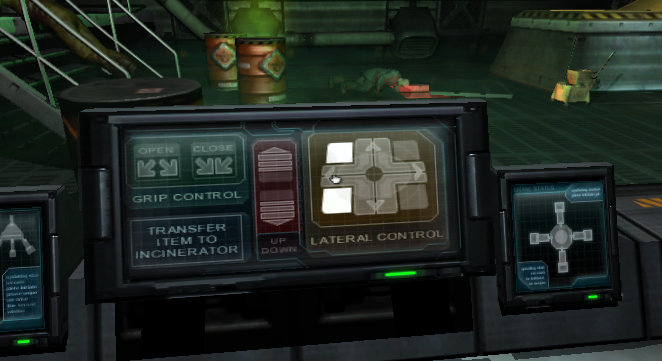 Sprite Layers and the GUI

For finer control over what 2D elements appear on what camera, I have implemented a system of "Sprite Layers". Here's how it works: A sprite layer is created in a world. Sprites are created in a layer. Layers are attached to a camera (in the same world). The reason the sprite layer is linked to the world is because the render tweening operates on a per-world basis, and it works with the sprite system just like the entity system. In fact, the rendering thread uses the

As you may have known, I've been dabbling with input methods for a while now using SDL2. Since then, I've learned how to do similar functions using the Leadwerks API. The goal was to make a inout system that's easily re-bindable, and allows for controllers to "just work". My first research of a goof system comes from a talk at Steam DevDays 2016 as they discuss how to allow integration with the Steam Controller.    My thought was: "If I can create my own Action System, I can

Custom Shapes for MDLs in Leadwerks 4

There has been some discussion regarding on how to set collision shapes for your models. For 95% of models, you should be building shapes with the Model Viewer as described here. In some cases, the model artist might want a custom shape to be made. In this post, I'll be going over how I import models into Leadwerks, and building custom shapes. A few notes first. I use Blender; Blender 2.79b to be exact. I haven't get got the hang of 2.80 and until the new engine's art pipeline is fully onli 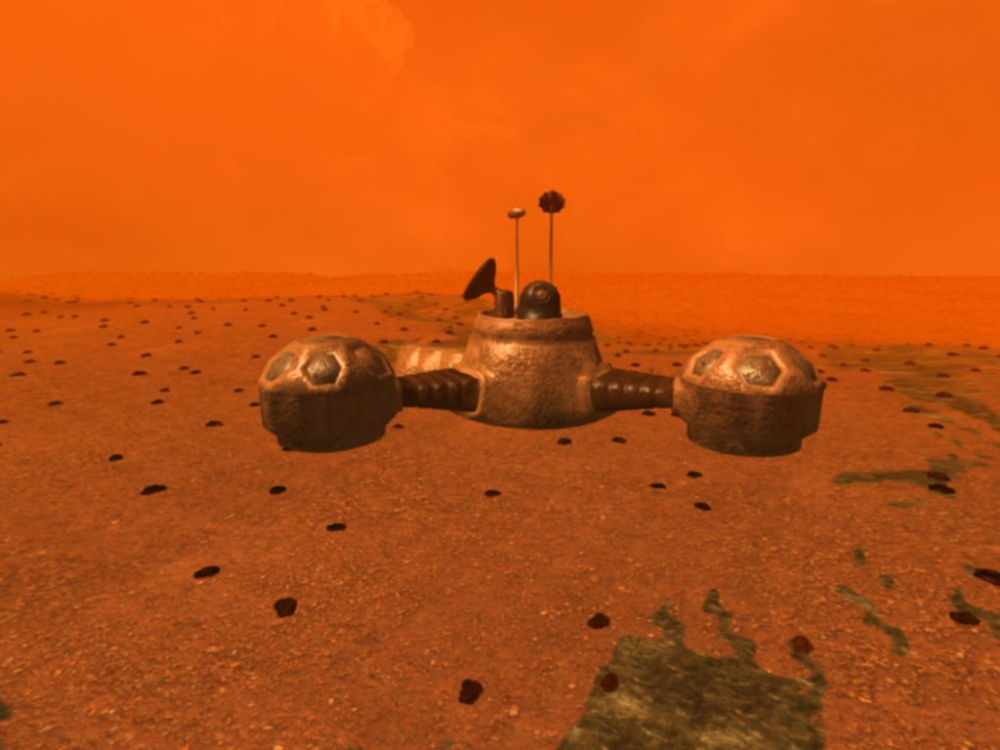 It's interesting that when you become an expert on something, you're not sparing any effort to see how something works, but rather you're focusing on creating something. And so everything becomes easier. At this point of learning there is a glimpse of a low idea of creating a game, but the secret of all this is to keep it simple and to be very clear that a game is a game, and not an exact simulation of the real world. For example anyone who has a low idea of the red planet, will understand 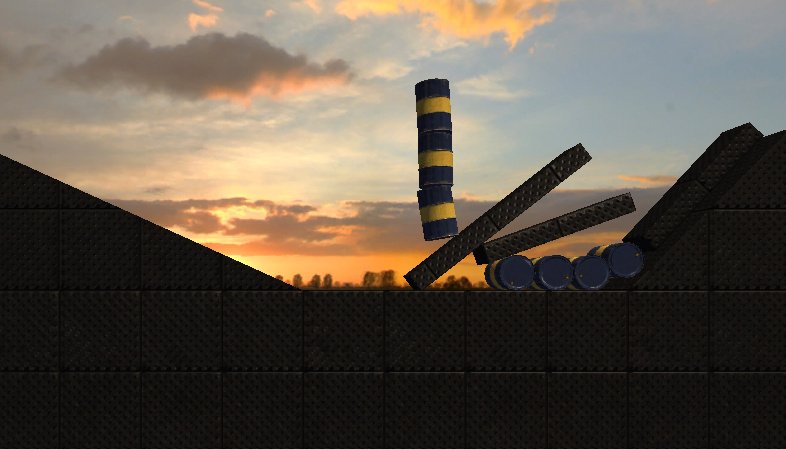 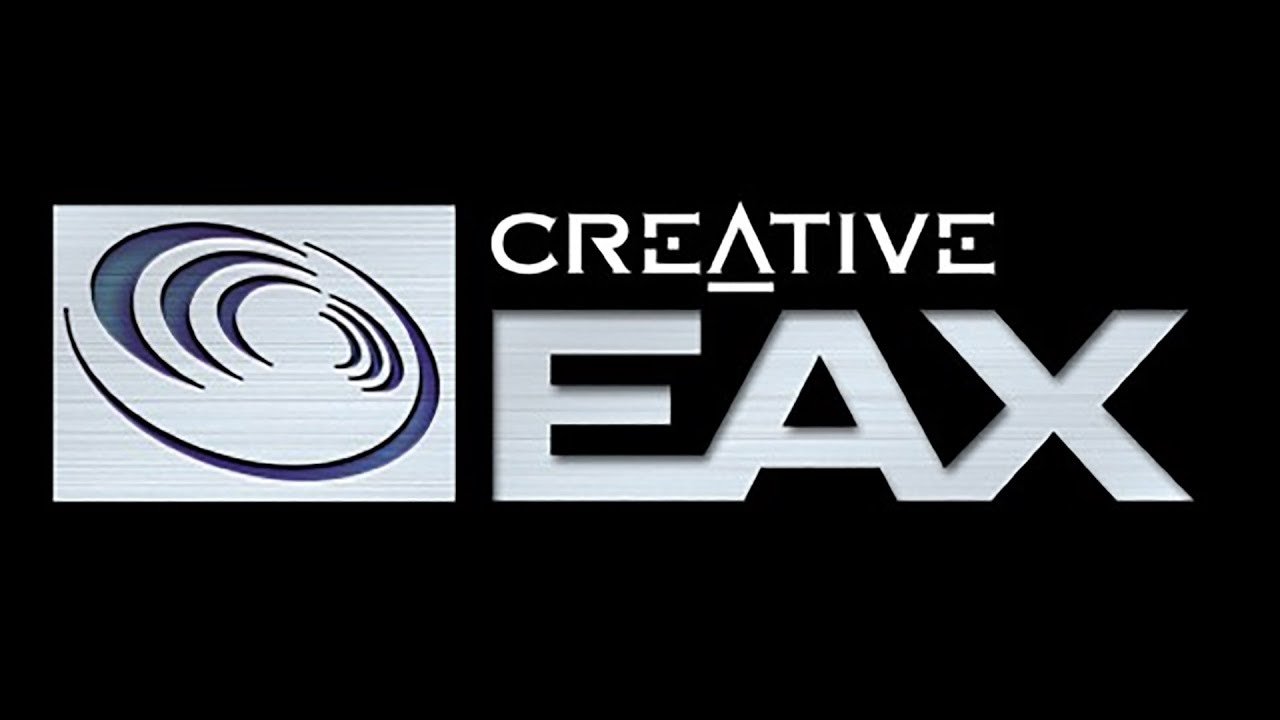 I've been doing some work on the sound system in Leadwerks 5 beta, and I added EAX effects in. If you have a dedicated sound card this can be used to add some nice reverb effects that make your sound environment sound a lot more real: Here's the simplest usage: auto fx = LoadSoundEffect("Sound/FX/sewerpipe.json"); auto listener = CreateListener(world); listener->SetEffect(fx); This will apply the effect to all mono sources. Stereo sources are assumed to be music or GUI n

Loading sounds in Leadwerks has always been straight forward. A sound file is loaded from the disk, and with the Source class emits the sound in 3D space. The sound entity also has a play function, but it's only really good for UI sounds. There is also Entity::EmitSound() which will play the sound at the entity's location. (You can also throw in a Source, but it'll auto release the object when it's done.) While this is OK for small games, larger games in which sounds may change might mean y 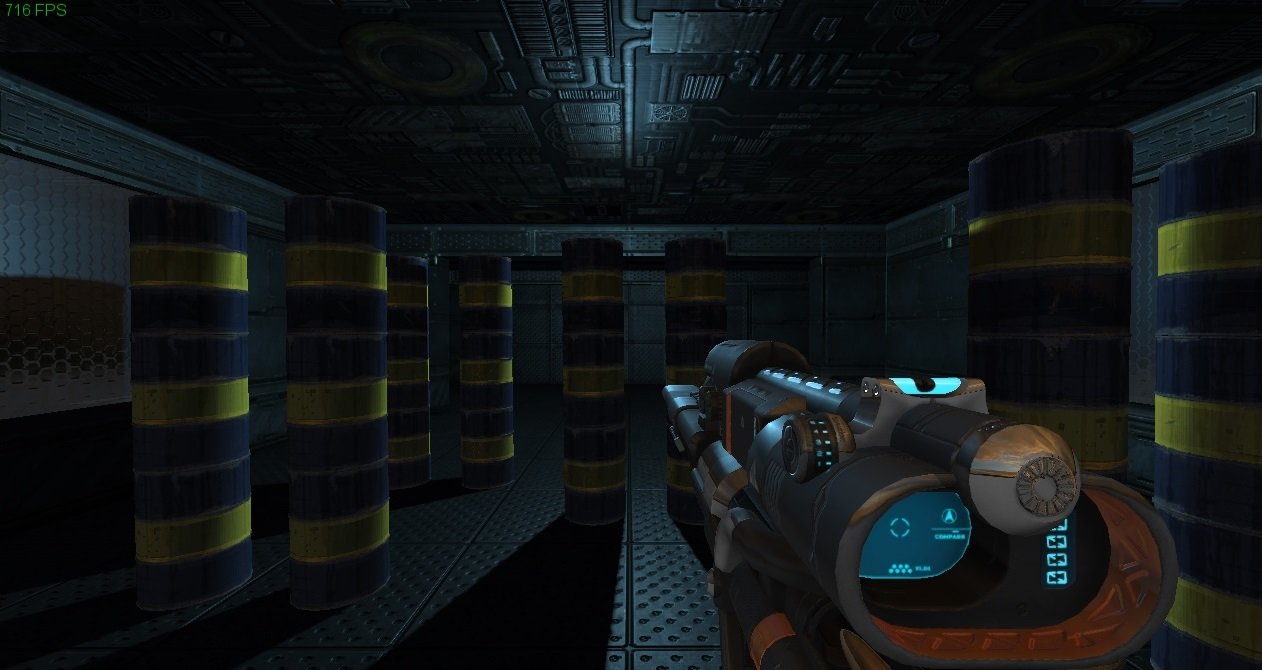 An update for Leadwerks 5 is now available. The Vulkan data transfer system has been revised and is now simpler but uses more memory. Data is likely to be quadruple-buffered, but it's a fairly small amount of data and this isn't a big concern.  I fixed a bad bug where multiple threads were accessing a global variable in the Mat4::GetQuaternion function. This fixes the object flashing glitch that was visible in previous builds. The engine is updated to the latest version of Newton 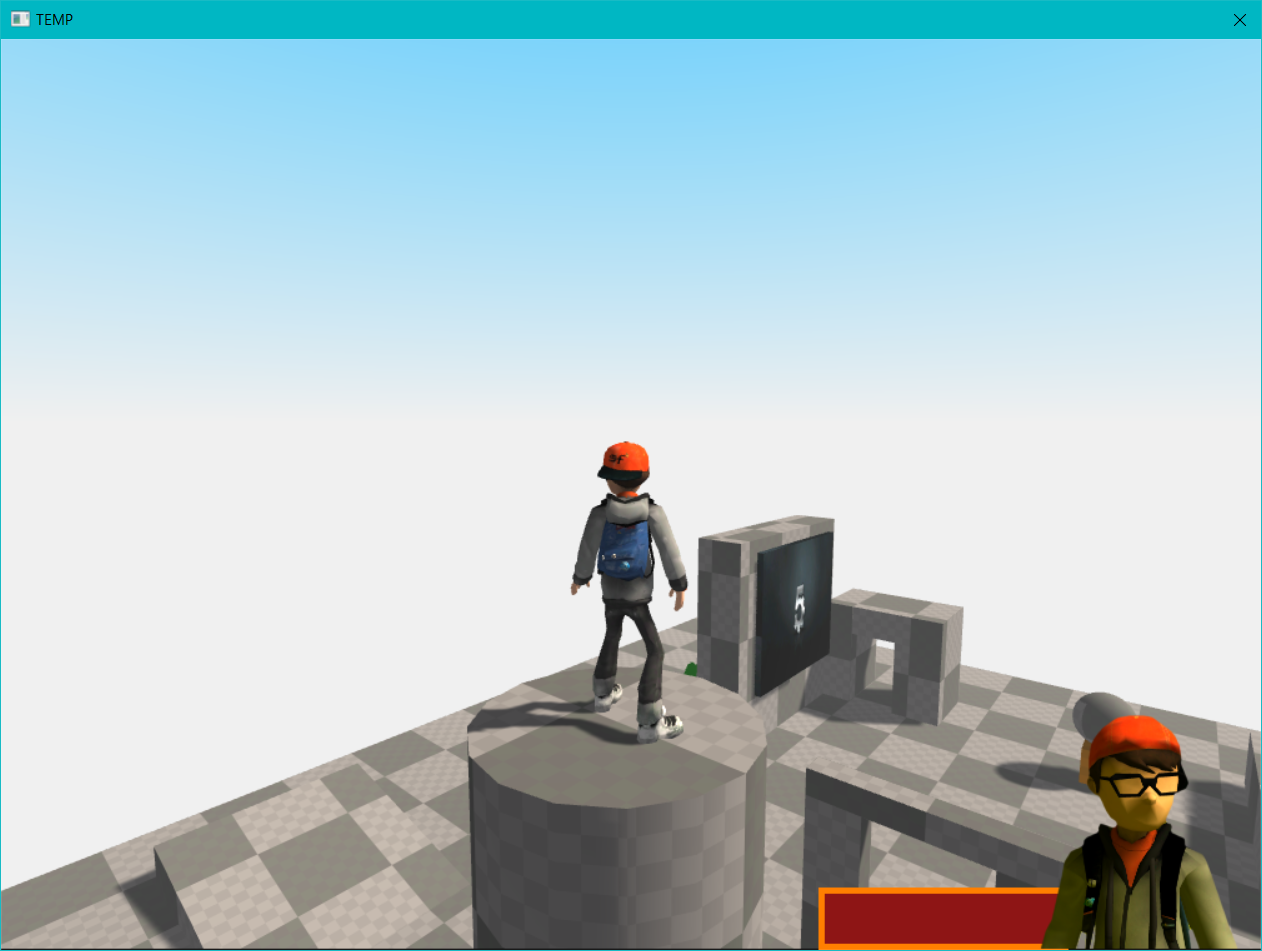 Coming to the end of my prototype of a 3d game, and with background music by Hanz Zimmer ( Time ). I saw my progress in many aspects, always something to learn, always something to improve, I didn't intend to make a game, that has never been the goal.  Rather, the effort and dedication immeasurably, was to improve on something learned. And here I was with the powerful leadwerks engine, where his greatest power lay in making everything very easy.   About the project The prototype i 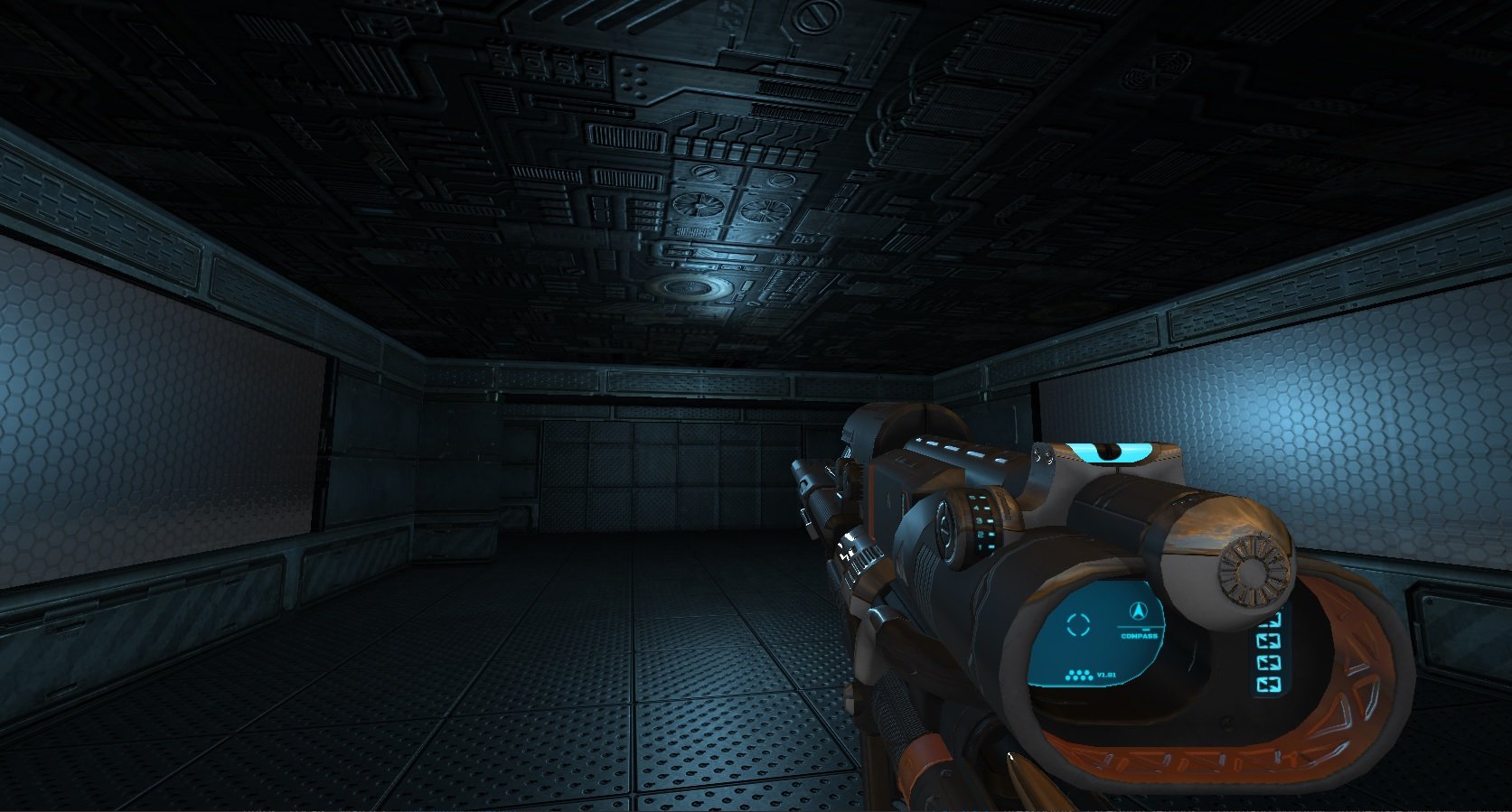 The best way to test the new engine is to use it to make something. I am messing around with the beginnings of a new first-person shooter template. I'm telling everyone involved "We are remaking Doom, but a little differently" and it actually works really well. Everyone understand what it should look like, and there is no need to establish a new visual style. We can tell when we have it right, and when we have it wrong. And the original game gives us a sort of benchmark for quality and performan

An update is available for the Leadwerks 5 beta. Shadow updating is fixed so the lights no longer turn black during the update whenever a shadow changes. We're now using multiview to draw all six faces of a cube shadow map in one single pass! Point light shadow updates are something that used to be a considerable bottleneck in Leadwerks 4, and their performance impact is now very insignificant. Thanks to Sascha Williams for his excellent Vulkan examples. Joints are finished, a new

Leadwerks 3 / 4 was aimed at beginners who were completely new to game development. Since we were the first game engine on Steam, this made a lot of sense at the time, and the decision resulted in a successful outcome. However, in the next engine we are taking a different approach. (This is a direct result of Steam Direct.) Enterprise is a new market I am pursuing, and we have a lot of interest from aerospace and defense VR developers. The fact that I am American also helps here. There are

I'm happy to say the physics joint class in the new engine is completed. I made all the members that are not meant to be accessed private. One interesting part is the parent and child public members, which are constant pointers to private members. This should result in a read-only member in C++. A sol property is used to expose this to Lua in a read-only manner. The upvector joint will align an object's Y axis to any vector you set, but still allow rotation around the axis. This is perfect 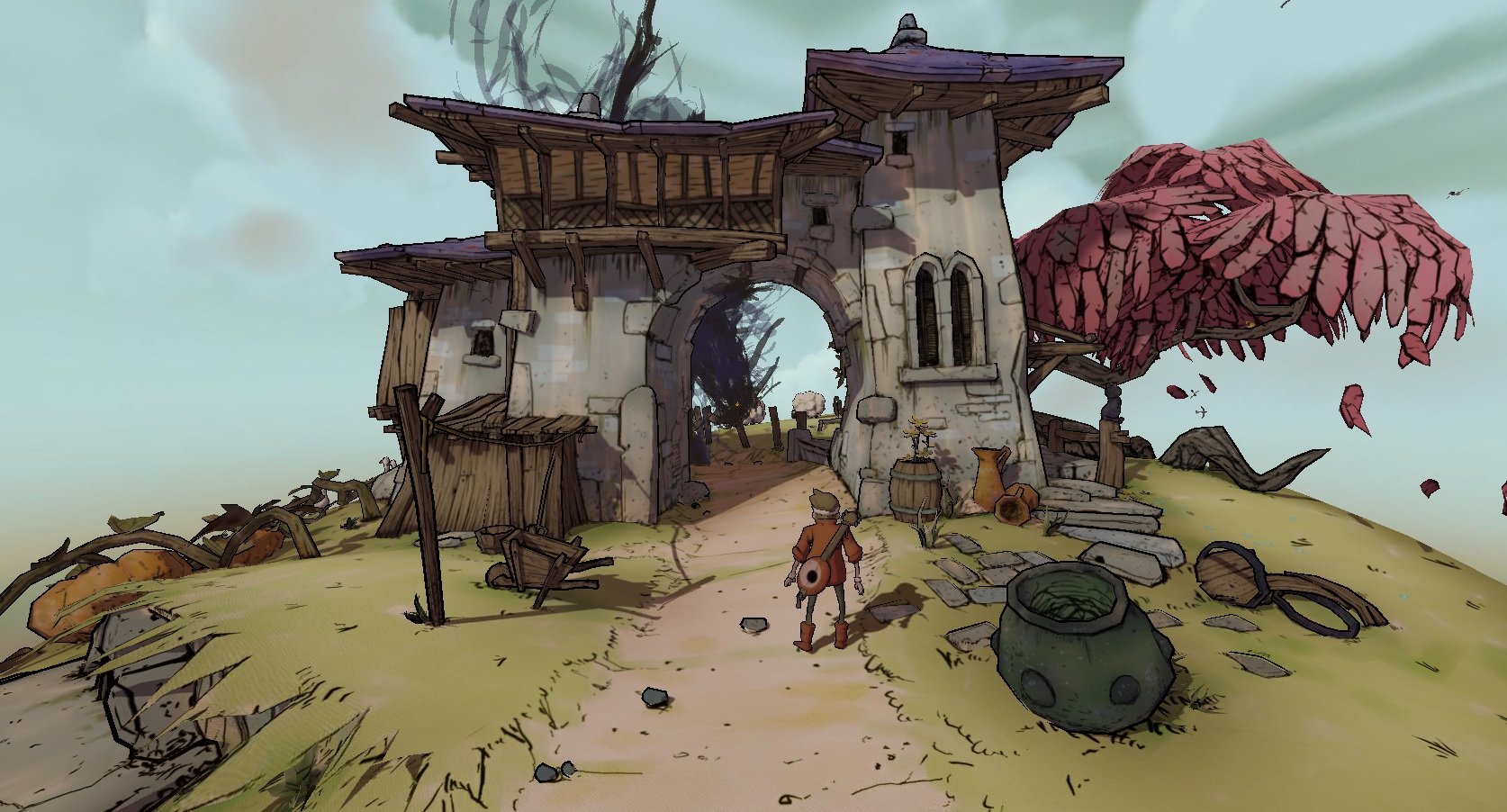 The following changes have been made to the GLTF model loader: Correctly loaded rotations and orientations. Mesh collision caching for faster loading. Supports transforms with negative scale and correct face orientation. Support for adjustable alpha cutoff value. Support for KHR_materials_unlit extension (full bright materials). This model from SketchFab was useful for testing because it uses so many features of the GLTF format: https://sketchfab.com/ 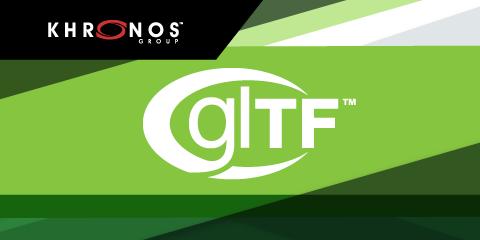 There are two aspects of GLTF files that have non-optimal loading speed. First, the vertex data is not stored in the same exact layout and format as our vertex structure. I found the difference in performance for this was pretty small, even for large models, so I was willing to let it go. Tangents can take a bit longer to build, but those are usually included in the model if they are needed. The second issue is the triangle tree structure which is used for raycasting (the pick commands). I 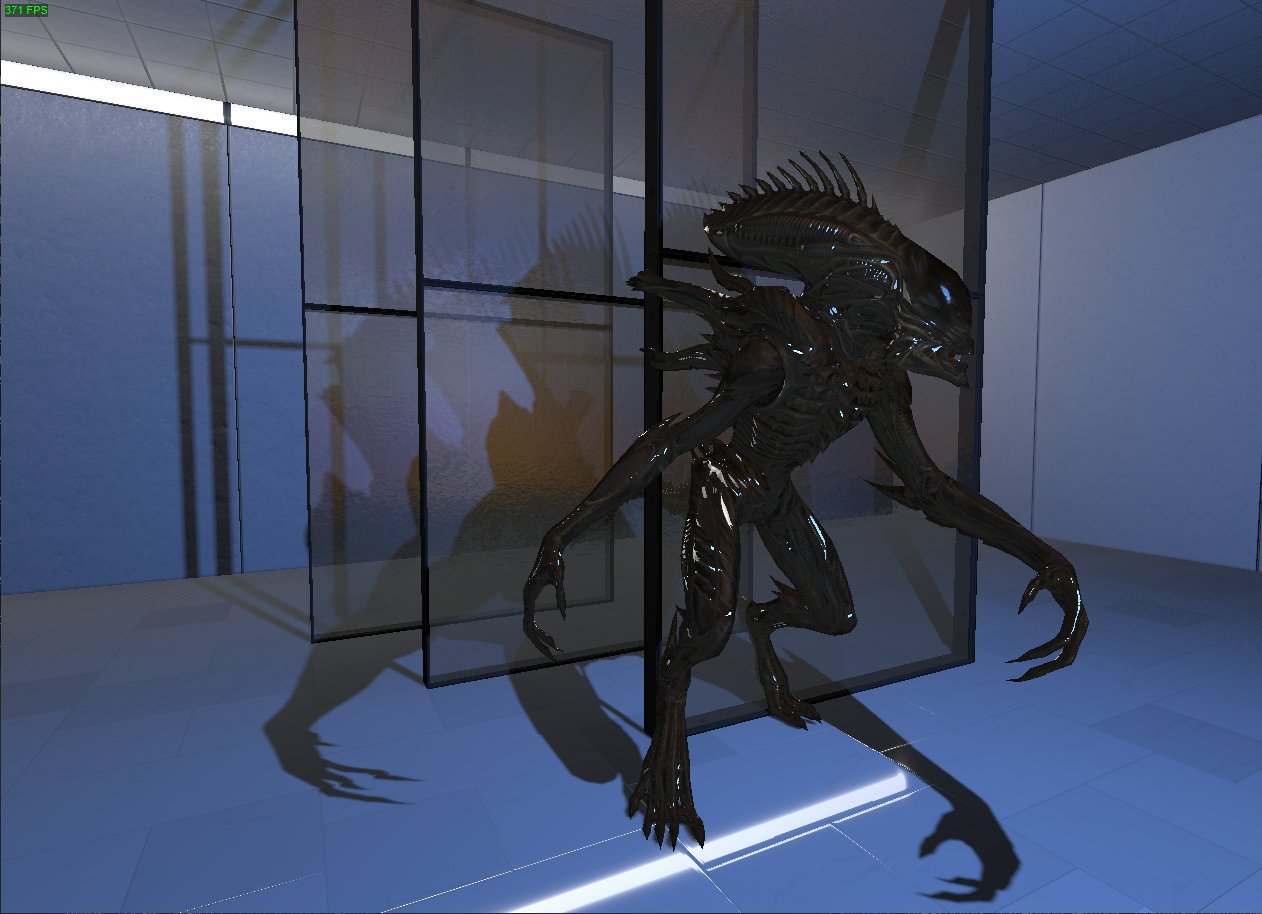 A big update is now available for beta subscribers! Multipass Rendering You can use several cameras to increase the depth range or mix 2D and 3D graphics. 2D Graphics As discussed earlier, 2D graphics are now supported using persistent 2D objects. Depth Sorting Multiple layers of transparency will now render in correct order, with lighting in each layer. Note that I used an empty script called "null.lua" to prevent the glass surfaces here from being collapsed at loa 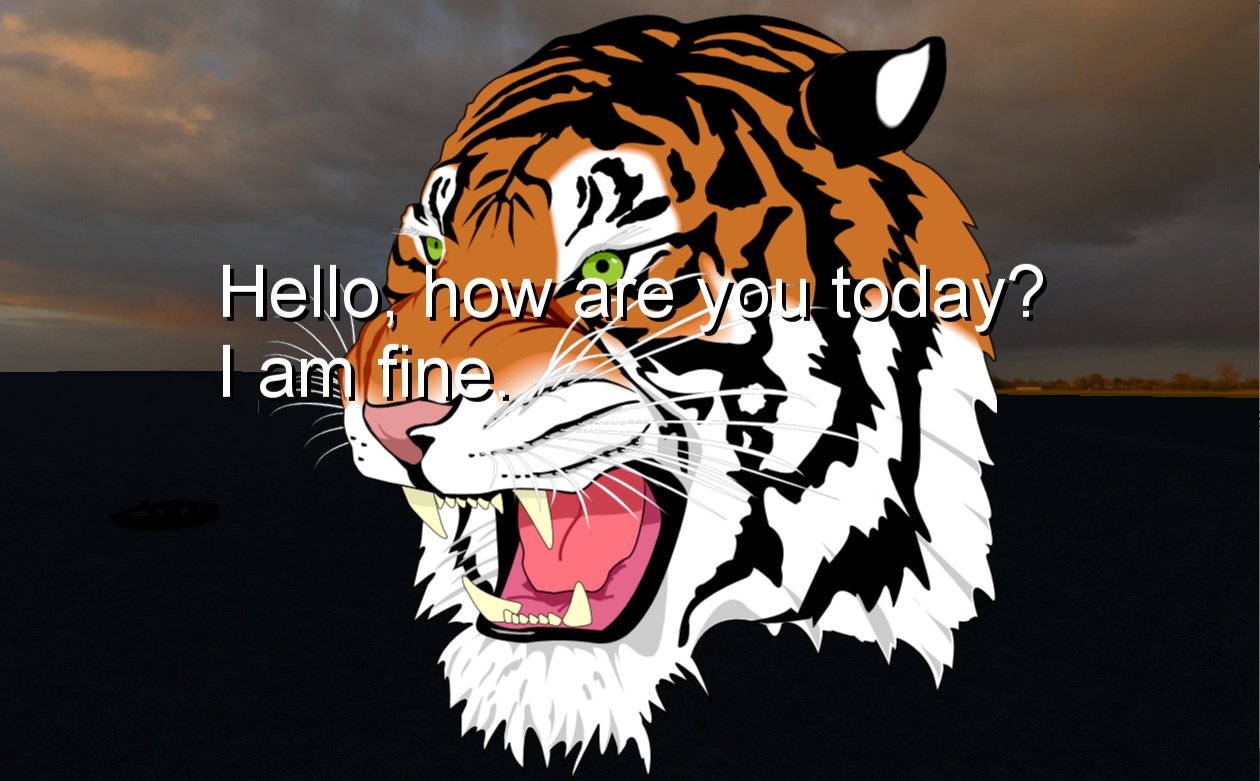 Previously, we saw how the new renderer can combine multiple cameras and even multiple worlds in a single render to combine 3D and 2D graphics. During the process of implementing Z-sorting for multiple layers of transparency, I found that Vulkan does in fact respect rasterization order. That is, objects are in fact drawn in the same order you provide draw calls to a command buffer. Furthermore, individual primitives (polygons) are also rendered in the order they are stored in the indice b 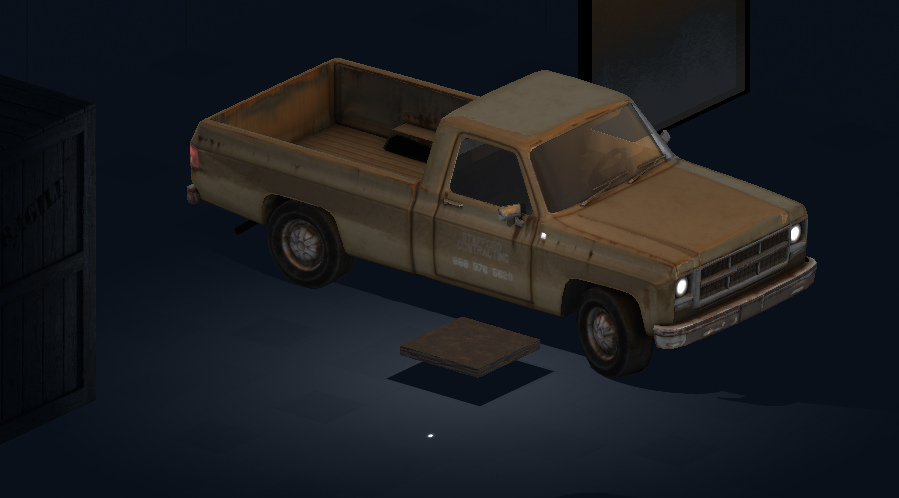 Previously I described how multiple cameras can be combined in the new renderer to create an unlimited depth buffer. That discussion lead into multi-world rendering and 2D drawing. Surprisingly, there is a lot of overlap in these features, and it makes sense to solve all of it at one time. Old 2D rendering systems are designed around the idea of storing a hierarchy of state changes. The renderer would crawl through the hierarchy and perform commands as it went along, rendering all 2D elemen

I updated the moto I was working on and now the physics let having fun with this.

Current generation graphics hardware only supports up to a 32-bit floating point depth buffer, and that isn't adequate for large-scale rendering because there isn't enough precision to make objects appear in the correct order and prevent z-fighting. After trying out a few different approaches I found that the best way to support large-scale rendering is to allow the user to create several cameras. The first camera should have a range of 0.1-1000 meters, the second would use the same n